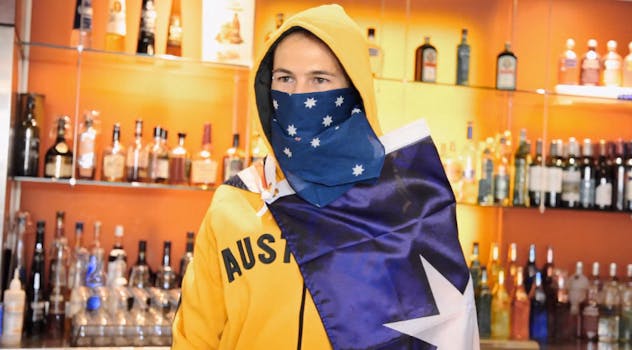 An Australian hero's weekend is interrupted by heroic quest.

A long time ago in a land down under, one man’s life of beer and “the weekend” is changed when he receives a single text message, and he has to save Leia from the bar in a drunken adventure ripe with Star Wars references.

2) Vichy USA, “How NOT To Treat Your Cellulite”

A number of women are sharing their horror stories about various torture devices and eclectic methods they’ve used to get rid of their cellulite, an affliction which affects every eight in 10 women.

Everyone’s billionaire playboy philanthropist gets his own remix featuring some of his more epic moments from the Iron Man movies just in time for the latest installment to arrive in theaters.

Since having an elaborate park full of dinosaurs didn’t really pan out, one scientist has the next best thing: combining the DNA of humans and giraffes to create a hybrid breed in order to house them in a new elaborately-themed park.

If zombies could talk, they might sound something like this. With a bad lip reading, The Walking Dead turns into a musical, the characters have meaningful conversations, and the slower aspects of the show are even more entertaining.