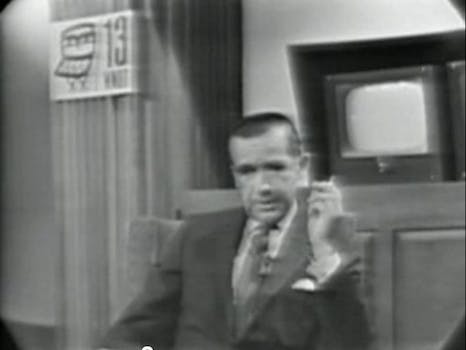 YouTube is set to cover the news even more with this new project from the Center for Investigative Reporting.

Will YouTube launch the career of the next Edward Murrow? We may soon find out, if a new investigative journalism channel on the site can get off to a running start.

The channel, run by the Center for Investigative Reporting (CIR), was launched thanks to an $800,000 grant from the journalism non-profit Knight Foundation. John Bracken, the foundation’s director of innovation, called it a “hub for investigative journalism” that will feature original reporting from big names in news, such as the New York Times, ABC News, and NPR, as well as YouTubers themselves.

“We’re making a bet that a collaboration between leading journalism organizations and the leader in online video will result in vibrant, relevant social content,” Bracken wrote on the foundation’s blog, emphasizing that he intended the word “bet” to be interpreted quite literally. “We’re just not sure what users want, or expect, in terms of interactive hard news.”

CIR’s inspiration it seems, comes from “on-the-ground” and  “undercover journalism,” like grassroots Twitter reporting during the Arab Spring and conservative activist James O’Keefe’s video stings, according to Bracken. “If successful, the channel will result in new, web-centric forms of investigative reporting—resulting in new audiences and new ways of telling important stories,” he wrote.

YouTube already is the dumping ground for amateur video reporters the world over, and it’s not entirely clear how the channel intends to turn all that into a new product. Could it become a kind of Storify for video, where professional journalists collate the most important clips from around the site into an easily digestible narrative?

The focus on investigative reporting, as opposed to breaking news, should surface some far more interesting content than CNN’s iReport, which launched in 2006, as well as encourage more long-term collaboration the YouTube community.

The channel launches in July, so it’ll be a while yet until we can see just what CIR and its big media partners are planning.