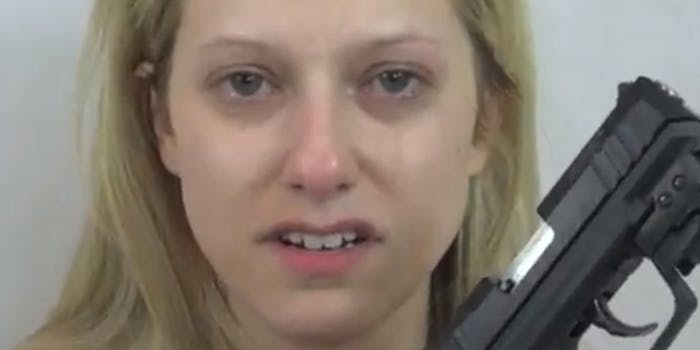 In a disturbing video, YouTube beauty guru Brie Lybrand says her father raped her repeatedly when she was a child.

A popular YouTube beauty queen has come out in a statement against her father, saying the estranged man spent nine years of her life raping and torturing her and other members of her family.

In an Oct. 29 video titled “A Message to My Rapist,” New Orleans native Brie Lybrand accused her father of countless heinous acts performed throughout her childhood, including using chains and ties to rape her and punching in her mother’s teeth after threatening to kill both victims.

“I never got to testify and never got to say what it’s like, what it feels like being tied up and chained and tortured for hours when you’re four-years-old by her father,” she said. “Steven Bressler molested, tortured, and raped me from the time I was four until I was 13 years old. He tried to kill my mother in front of me many times. One night, she laid over my body so he couldn’t, and he beat her teeth in. I watched my mother in a pool of her own blood, and then he came after me.”

The disturbing accusation comes on the heels of Lybrand’s discovery that Bressler, who Lybrand says she hasn’t seen since she before high school, recently became one of the 8,300 people to subscribe to her YouTube channel, which offers tips on things like makeup, clothing, and successful daily life practices.

More than 85,000 people have watched Lybrand’s video already, though there’s currently no trace of evidence suggesting that anyone has made an effort to track Bressler down—legally or otherwise. Nothing is known about the man outside of the alleged information Lybrand provided in the video, and nothing on Facebook, Twitter, LinkedIn, or  a standard Google search leads to a Steven Bressler who once resided in New Orleans.

Still, despite his ambiguity, Lybrand says that she possess three guns—a small pistol for her purse, a revolver, and a pistol that stays by her bed—in the event that she eventually runs into the man.