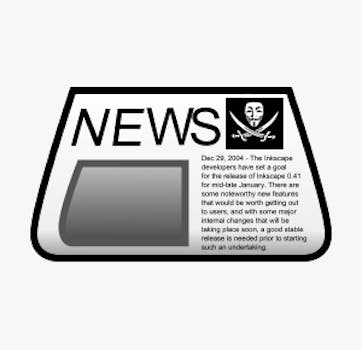 Anonymous: We are legion—and a news site

The people behind popular Twitter account, which boasts more than 911,000 followers, are asking for donations “to expand our capabilities and to report, not just aggregate, the news.”

“Our goal as YAN contributors will be to take what we have learned over the past few years and create a new environment were [sic] content is not determined solely by external sources,” the group stated in its campaign. “We will engineer a new website which will allow us to collect breaking reports and blogs from the best independent reporters online.”

@YourAnonNews also added that some designers and programmers have already donated their time to help move the project along. The money raised will be used to help fund the development process and pay for hosting space.

As the unofficial mouthpiece for the hacktivist collective, @YourAnonNews has been the focus of much media attention and scrutiny since it launched two years ago. In December the account was temporarily suspended for tweeting the personal information of a member of the Westboro Baptist Church, a small religious organization known for picketing veteran’s funerals with obscene signage. The Twitter account has also been criticized for being biased and closed minded.