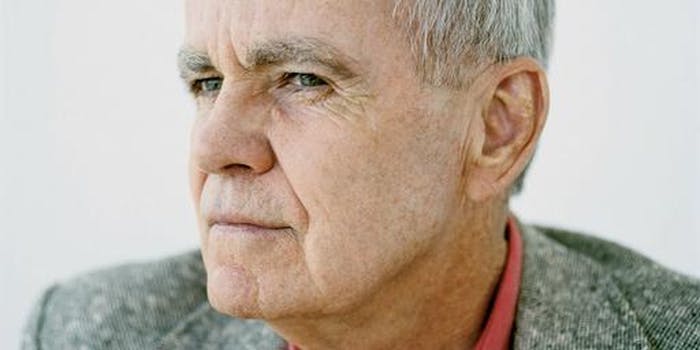 The coming reckoning will be downright hilarious

In his bestselling novels and on the big screen, Cormac McCarthy’s prose style is powerful, gothic, and grave. But on a local-business review site, it’s borderline ridiculous.

McCarthy parodist EDW Lynch knows that humor is all about the context. Under the guise of the the No Country for Old Men novelist, this prankster is reviewing Bay Area restaurants and shops in McCarthy’s somber tone on his Tumblr blog, Yelping with Cormac:

“And so the man defied the villagers and ate the taco. In defiance of the will of those people but also in defiance of some order older than he. Older than tortillas,” begins his two-star review of a Taco Bell.

Elsewhere, it’d be an epic. On Yelp, it’s just bizarre. (Then again, Yelp has its own weird side.)

Launched in late August and desultorily reviewed in literary corners of the Web like the New Yorker’s Book Bench column, the blog has recently begun to pick up speed after a mention on Kottke.org, a collection of the Web’s quirky and challenging material.

In Yelping with Cormac, a critique of Starbucks turns into a country-western exchange. A review of Forever 21 turns into a parable about a whore. Some are intentionally funny, like when a cowboy is forced to order a jazzy drink at T.G.I. Fridays. Others are dead serious, like a comparison of the Apple Store to the fall of Rome.

The parodist promotes his posts on his equally recent Twitter account, @TweetinCormac. He has only 18 tweets so far, but they are as grave and mysterious as Yelping with Cormac’s muse.

When fans tweet praise of his new project, he writes back ominously, “I am but a sousaphonist on the Titanic,” or “I am but a harbinger of a coming reckoning.”