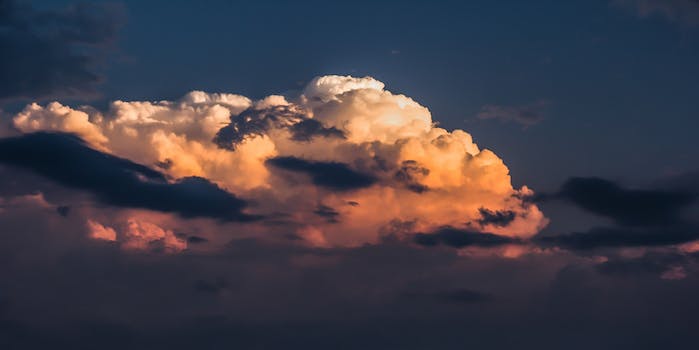 I tried to write about sex toys for a content graveyard

It was a Thursday morning. I’d already filed two stories and was trying to wind down my extremely active brain before hitting a new assignment. I had hit “refresh” on my email approximately 23 times for the sheer compulsion of it, and I finally felt done. I was ready to go to the Cloud.

Not my Apple iPhone 5S cloud, but the cloud called CrowdContent.com, a place where writers can write SEO-enhanced copy for online content.

CrowdContent.com’s logo is a bulbous blue cloud with three nameless, faceless, blob-like figurines, all in a row, next to neatly spelled-out words, all in lowercase: “crowdcontent.” There is a tiny, almost unnoticeable sharp point jutting out of the static dead cloud, as if to suggest a thought bubble.

The thoughts are coming from these figurines—who are producing content for the crowd. This is a place where the writer can be absolutely nobody, writing words that don’t mean anything, for an audience that will probably not even read them. There’s no pressure to perform, no byline to maintain, no audience to appease. There is only the nebulous crowd out there, a sea of faces that the writer-as-figurine will never actually have to encounter.

I logged into CrowdContent.com, where immediately I had to take a test to ensure that I was not a robot. I submitted a few writing samples and told the site what types of things I would like to write about, based on a list they offered to me. I selected “Astrology,” “High Finance” and “Lifestyle” because these seemed to be more up my alley, and then I was sent a form letter asking for my headshot and a pen name. I used an old professional headshot from 2008, an airbrushed version of me. I decided to make my name “Marissa Jones,” because it was boring and common.

When she asked me if she could put them up my ass, I figured: Why not? We’re already here. I felt casual about the whole encounter because it felt like a safe sexual relationship with the purpose of exploring older-younger power dynamics, and not something I would get attached to (of course, I was wrong). As the beads flew out of my ass, I yelped with pleasure, and then said I wasn’t sure if I wanted to do that again.

Red words let me know that if I wanted to get paid this cycle it was necessary for me to complete $10 worth of content. But there was nothing new in the orders section. Defeated, I logged back out of the site and into my email. A few minutes later, I received a notice from CrowdContent.com; it was their newsletter, and within it I found a blog post written by a top earner on CrowdContent.com. He would help me, I thought.

His name was Mickey David. His profile picture looked like it was stolen from a 1984 high school yearbook. He had written a blog post called “Businesses Look for These 4 Qualities When Hiring Freelance Writers” that CrowdContent.com suggested I check out. His post included some vague yet essential guidelines to writing superior content, including:

Inspired, I logged back in to CrowdContent.com and started writing a piece on Angel Spells: The Enochican Occult Workbook of Charms, Seals, Talismans and Ciphers with a headline that included the words “psychic” and “angel spells”—because those seemed more SEO-friendly, and I wanted to match the voice of this content. Then I asked the company to transform my SEO-friendly copy into something that I hoped to never see again.

Unfortunately, I couldn’t figure out how to submit the copy for consideration by the CrowdContent robot, and so I gave up on my angel prayers and hit “drop order.” My 30 minutes of wrestling with the content graveyard gatekeepers was over—or so I thought!

I was returning home from an outing with a friend, and I hadn’t checked my phone in over an hour. During that time, CrowdContent had sent me an email about my unfinished order, and when I didn’t do my job they wrote me with this very definitive email:

I received a strike, they explained, and this was very much against the CrowdContent writer code of being extremely reliable, as I should have learned from Mickey’s blog post. This strike meant I couldn’t claim as many orders as I wanted, and I would be known in the community as unreliable.

Distressed, I decided to take a chance and call the toll-free number that promised help with any of my unanswered questions. The jolly answering machine man on the other end asked me to identify myself as either a client (press 1) or a writer (press 2). After pressing 2, the same man informed me, cheerily, that there was no phone support for writers at this time. I had no choice but to email [email protected] and explain my situation.

HI! I just called the phone number but to no avail.

I wrote a piece but did not know how to submit it, and then I got penalized.

How do I submit completed orders?

Within minutes someone wrote back to my cry for help. The response offered little consolation or empathy for my situation:

Hi Alicia, When you are writing an order and are finished, you need to click on Save & Preview. If you have met the minimum requirements it will change to a submit button.
Steven Crowd Content Support

What could I do? I had to admit my part of the blame and see what my lack of focus and attention to detail really cost this business:

Hi Steven,
I see. I thought I did that. I feel misunderstood now. I have failed the community.
Alicia

They say that no response is a response in and of itself. I waited for that reply, but to no avail. I lowered my head, ashamed, and left the community with a hope that one day I could return.

Photo via Marlis Börger/Flickr (CC BY 2.0)