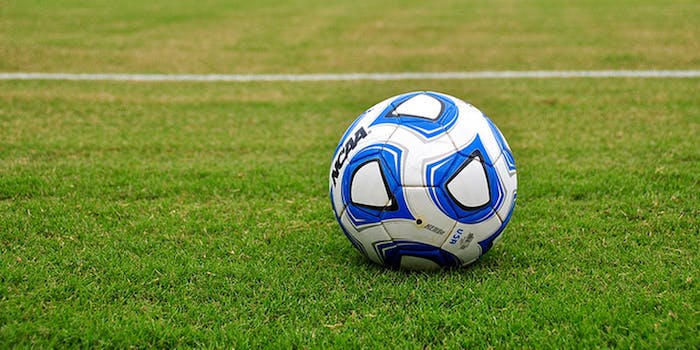 Is this the world’s most violent children’s soccer coach?

This guy has some serious nerve.

Everyone, I’m sure, experienced early trauma in a children’s sports league. No? Just me? Y’all are liars.

Anyway, go ahead and congratulate yourself for having avoided the wrath of Valentin Pavlov, a Russian soccer coach possessed of curious motivational strategies.

Prosecutors from the Investigative Committee of the Russian Federation, an FBI-like authority, are now investigating Pavlov for viciously kicking a 7-year-old boy’s legs out from under him after he failed to execute a proper tackle. Dude had probably just read his namesake on the subject of negative reinforcement, but damn, talk about uncool:

According to the Daily Mail, Pavlov didn’t see what the fuss was about. “I sort of touched him, and he flipped in the air,” he said, claiming that the camera angle distorted the incident and that he was merely “explaining to the child how to use his foot in a more robust manner.”

Stay tuned for when Putin awards him the Medal of Ruthless Athletic Vigor, or something.