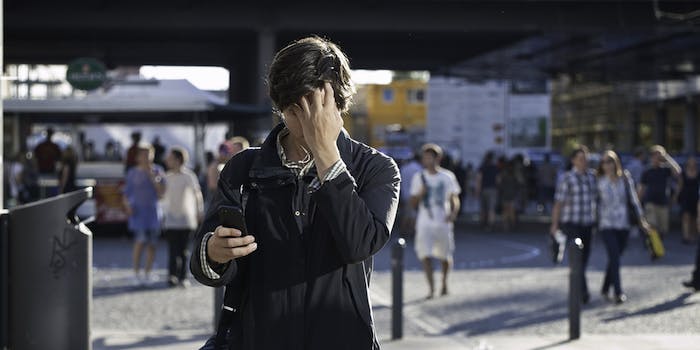 5 of the worst accidental butt-dial scenarios

That pocket-dial to grandma could land you in hot water.

For our personal hero Tina Belcher, butts are a glorious, magnificent thing. Our cartoon heroine has a photographic butt memory and can often be found curating her butt bank.

In Tina’s world, just one butt touch can change the world, but in reality, butts can also be a dangerous liability. After a recent ruling from the U.S. Court of Appeals, phone calls accidentally made by your butt can even be used against you in court.

In October 2013, James Huff, a chairman on the Kenton County Airport Board, accidentally pocket-dialed his secretary during a trip. She overheard his plans to replace the airport’s CEO, recorded the call, and reported what she’d heard. Eventually, the parties involved ended up in court.

Huff contended that listening to his conversation was a violation of Title III of the Omnibus Crime Control and Safe Street Act, but the court disagreed: “A person who knowingly operates a device that is capable of inadvertently exposing his conversations to third-party listeners and fails to take simple precautions to prevent such exposure does not have a reasonable expectation of privacy,” it ruled.

“At his deposition,” wrote Judge Danny Boggs for a three-judge panel, Huff “admitted that he was aware of the risk of making inadvertent pocket-dial calls and had previously made such calls on his cell phone.”

We’ve all been there before—your butt betrays you and calls or texts someone it shouldn’t have. To honor this phenomenon, we give you our top five worst-case-scenario butt-dials.

“Hello? Hello? Is anybody there?” This could go on for hours, or at least until Columbo is on. That Peter Falk is so handsome.

God forbid he/she is imbued with fresh, false hope. Too bad you are never, ever, ever getting back together.

What kind of a name is the Meat Pockets for an improv group, anyway?

Somehow the sounds of high-fiving a million pickleback shots sound nothing like you staying at home with the flu.

Because you know he’d broadcast your number on national television, or at least on Twitter, in retaliation.

Photo via kohlmann.sascha/Flickr (CC BY SA 2.0)