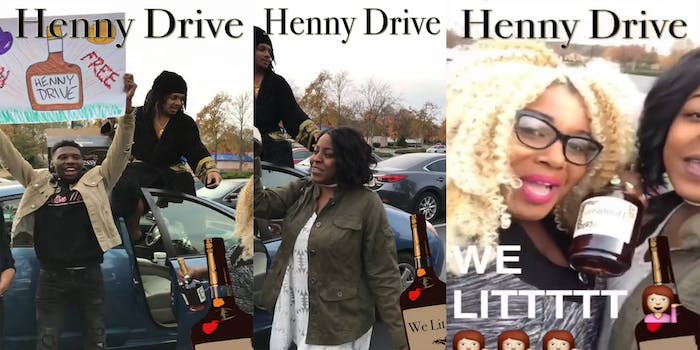 Thanksgiving hero doles out bottles of Hennessy at a turkey drive

All things are possible.

Thanksgiving is a time to be grateful for all that you have and to give back to those who might not have as much. At least, that’s the Hallmark version of the holiday. But one hero is turning that innocent concept on its head and slamming some Cognac down its gullet.

Meet Harvey J, the dude behind #HennyMob and the altruist responsible for handing out free bottles of Hennessy at a turkey drive.

This ambitious donation drive looks like it even came with its own Snapchat filter. Truly, Hennything is possible.