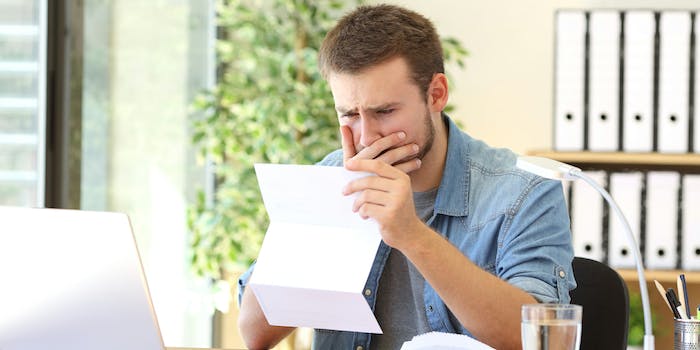 If you are worried about World War 3 memes might help with that.

Donald Trump‘s airstrike in Syria has sparked fears of a new war in the Middle East, one that could put the United States at odds with Russia and, in the most extreme interpretations, start World War III. Some of the panic is sincere, but some of it is totally jokey. On Twitter, millennials are making memes about their plans to dodge the draft if the worst happens. It’s scary that it’s come to this, but at least we’ve got these jokes.

Me opening mail thinking it's gonna be a draft letter for WWIII pic.twitter.com/JzWvxOTVao

Dodging the governments calls and letters trying to avoid the #WWIII draft like pic.twitter.com/NdFRJcVUZ0

That moment when I realize I am 26 and no longer eligible for draft into WWIII pic.twitter.com/lm3P8oXGxn

when they try and draft me for WWIII pic.twitter.com/zfFgh7j0L5

"You've been selected for the WWIII draft"

Most of the World War III draft memes are about disappearing or faking a disability to get out of fighting. There’s a small subset of men claiming that they’ll change their gender if the draft is ever reinstated, a joke that smacks of transphobia. This tweet has been copied and retweeted a number of times:

If WW3 starts and they want to draft one male from each household you better believe I’m using the “Don’t assume my gender line”.

But where is the idea of a draft coming from? While a ground war in Syria would be scary for a number of reasons, the hysteria over military conscription isn’t based on anything the government has actually said. It seems to have originated with a fake news story from a site with the ironic name “Real News Right Now,” which reported that Donald Trump had claimed on the campaign trail that he wanted to restore the draft.

“We’re bringing back the draft, okay? We’re going to bring it back and were going to make America as strong as we were in the Sixties,” Trump is alleged to have said.

Trump never said that, though, according to hoax-busting website Snopes.

(Also, in an interview with Fox this morning, Trump said we aren’t going to invade Syria.)

Still, it seems to have struck a chord online, and it feels especially real to teens who have to sign up for the Selective Service.

omfg I'm not a us citizen but had to sign up for selective service to get federal aid for college, I want to die pic.twitter.com/ga5yo8t0Nu

Deadass two weeks ago I signed up for selective service lmfaoooo shit. ☹️☹️☹️

More than one person is making this Spongebob face right now. In fact, it probably captures the national mood.

Me realizing when I accepted those loans, I also signed up for selective service. pic.twitter.com/BvaukhsVSf

Even when they think they’re on the brink of a global catastrophe, meme teens never stop memeing.