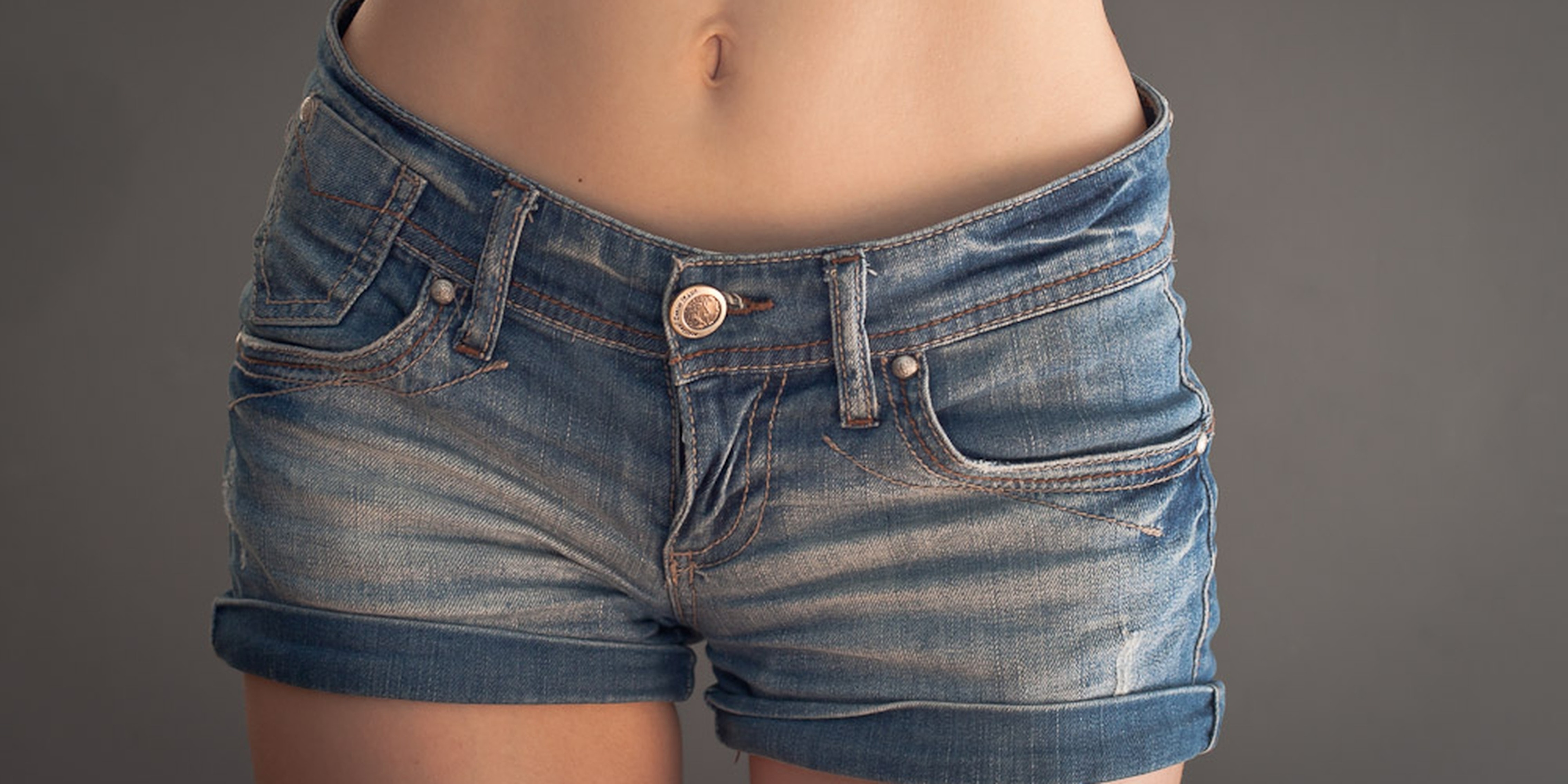 Women on the Internet don’t know where their vaginas are

Looking for a bulletproof argument for more comprehensive sex education? Look no further than this study from Britain, which found that only half of women aged 26 to 35—half!—could locate the vagina on a drawing of the female reproductive system.

Sponsored by the British women’s cancer charity the Eve Appeal as part of Gynecological Cancer Awareness Month, the survey polled 1,000 U.K. women of all ages. While the majority of older women aged 66 to 75 were correctly able to identify their ladyparts on a diagram, their younger counterparts weren’t quite as successful: Only 50 percent of the younger women could correctly identify the vagina.

For the record, it’s that horseshoe-esque thingamabob on the diagram here. 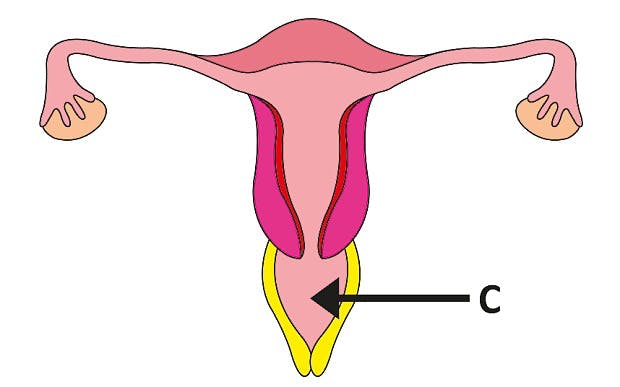 Image via the Telegraph

Has no one gotten bored on a Sunday afternoon and launched an internal investigation with a hand mirror? Clearly not.

This lack of awareness of the female reproductive system isn’t limited to the U.K. It’s also all over the Internet, where you can find a slew of Yahoo Answers threads from confused young women eager to locate the elusive vagina. Here, for instance, is a 2009 query from a young woman who recently started menstruating, and is interested in switching from pads to tampons. If only she could find the hole she’s supposed to put them in: 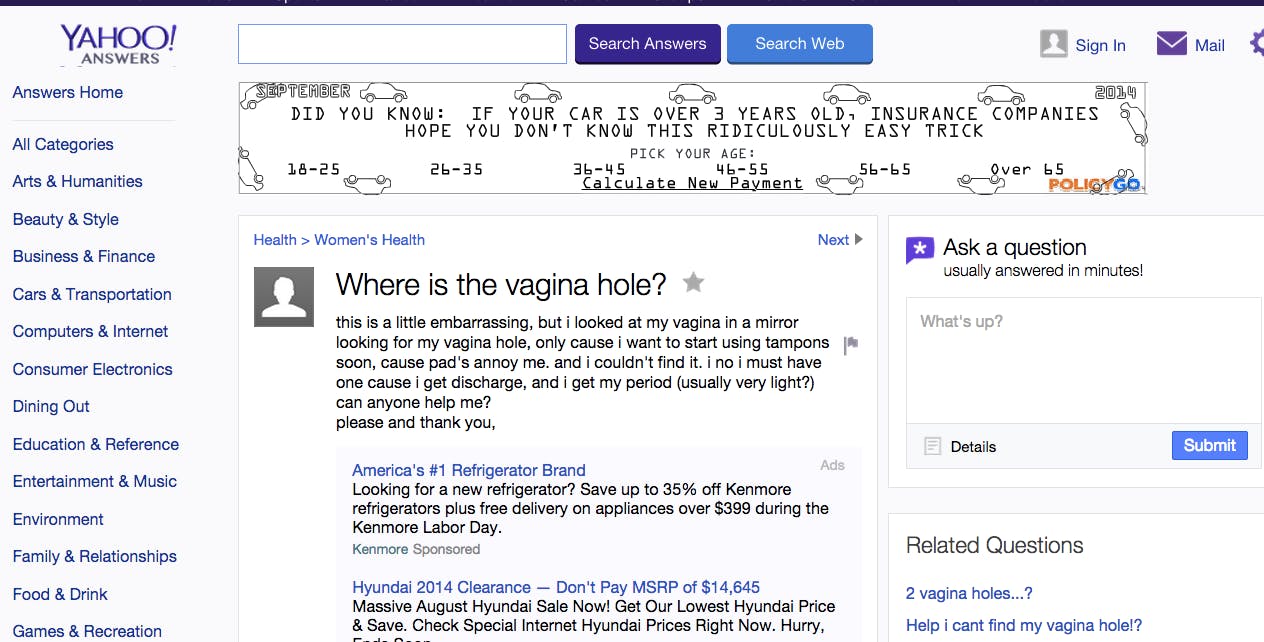 A+ to the Yahoo Answers posters replying to the thread, who provide sensitive and detailed instructions. And a big fat F to the OP’s mom, who really should’ve had this conversation with her daughter well before she hit reproductive age.

Assuming these aren’t all trolling, other Yahoo Answers threads addressing this topic are just as depressing:

This girl thinks she doesn’t have a vagina because she hasn’t gotten her period yet.

And this girl is so, so close, but she’s not quite there yet:

Someone please get these ladies a hand mirror and an anatomy textbook, stat. Or better yet, show these Yahoo Answers posts to Congress, which between 1997 and 2010 has quietly spent more than $1.5 billion on abstinence-only education programs, whose curricula are riddled with inaccurate information about basic reproductive health issues. That’s an awful lot of millennials running around with no idea where their hoo-hahs are.

And if you need a horror story to remind you why it’s important to know what’s what, read about this 70-year-old woman, sexually active for 52 years, with a history of frequent urinary-tract infections… and an intact hymen.