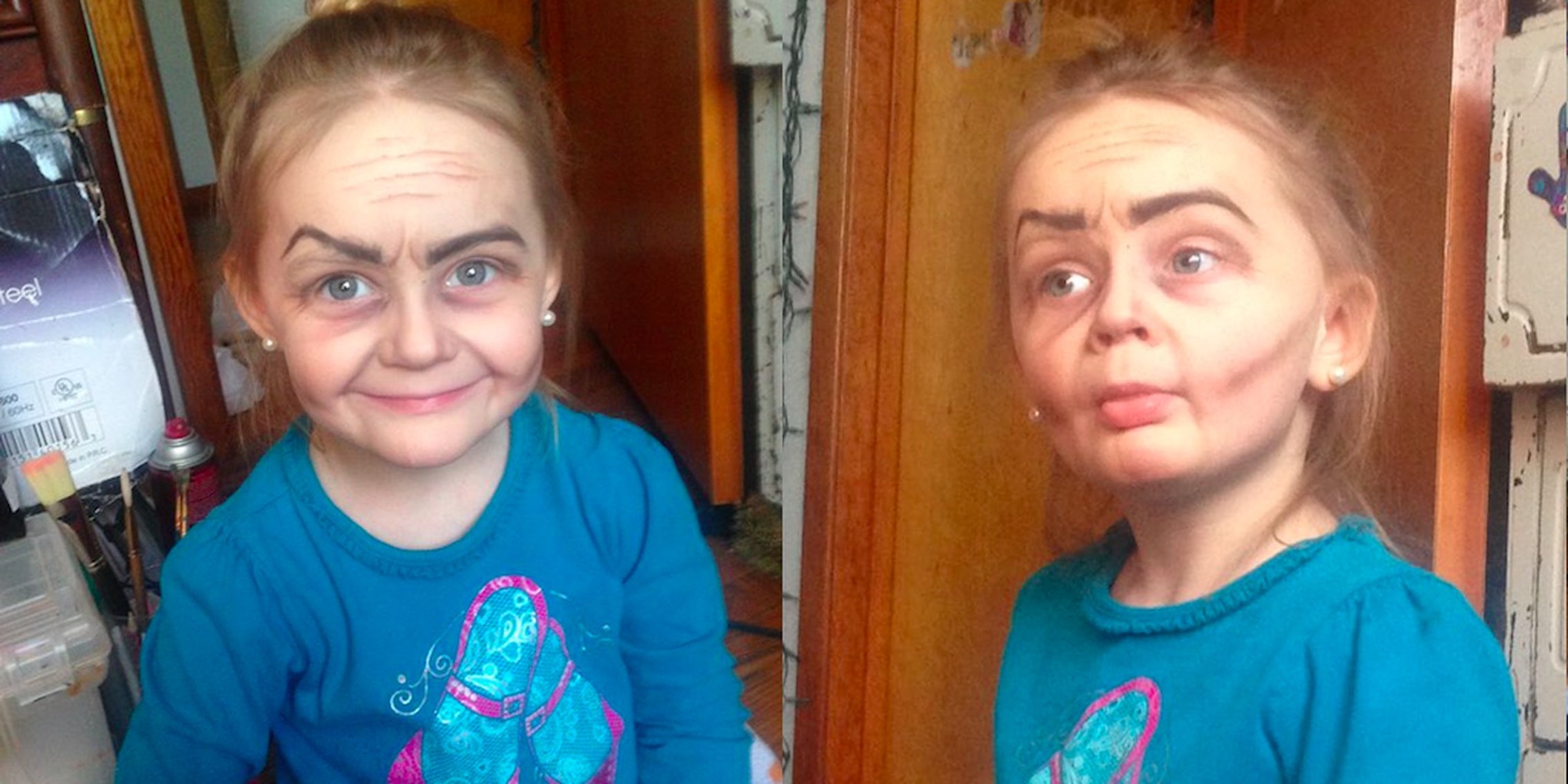 People have spent ages perfecting their makeup skills, from creating the superb smokey eye to that illustrious contour. But instead of getting that sort of treatment, one little girl found herself experiencing the extreme transformative powers of makeup—by aging about eight decades.

Twitter user @srp_822 tweeted a few pictures of her three-year-old niece, who asked for some makeup. Instead of just doing some simple eyeliner, the youngster got quite the makeover.

One day you’re barely a preschooler. The next, you’re playing checkers with your best friend Doris at the assisted living center.