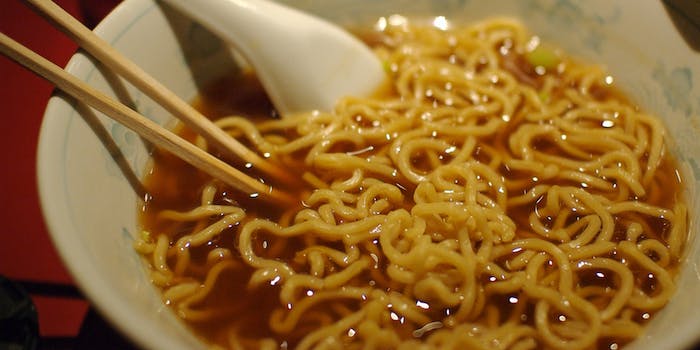 There's no accounting for taste.

Every talented chef holds fast to two pieces of conventional wisdom: A watched pot never boils, and noodle soup tastes better when a woman’s been soaking in it.

OK, the latter idea hasn’t quite caught on yet—which explains why very few of the trendy ramen noodle restaurants popping up in New York these days offer lady-infused tonkotsu. So what’s a culinary fetishist to do? 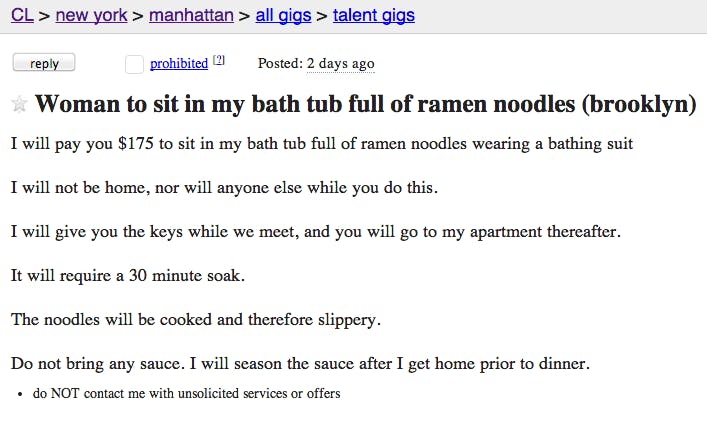 Disappointed not to qualify for this $175 “talent gig” myself, I took the liberty of volunteering my unsuspecting wife’s services, mainly in order to clarify a few details.

I came across your Craigslist post seeking a woman to soak in a bathtub full of Ramen noodles, and my wife was very intrigued. She wanted to know, however, if there’s a specific type of bathing suit you prefer (bikini, one-piece, etc.) and whether you could tell her what flavor of seasoning you would add before enjoying your dinner later on. Thanks, and all best,

Of course we’ll update this story if and when we receive a reply, though this being Craigslist, one suspects a joke, performance art, or even some elaborate scam.

Our money is on a repost. A mostly identical listing surfaced in 2009, promising some lucky Pittsburgh woman just a buck for five minutes of sitting in broth. Can a merger of the Playboy Channel and the Food Network be far off?