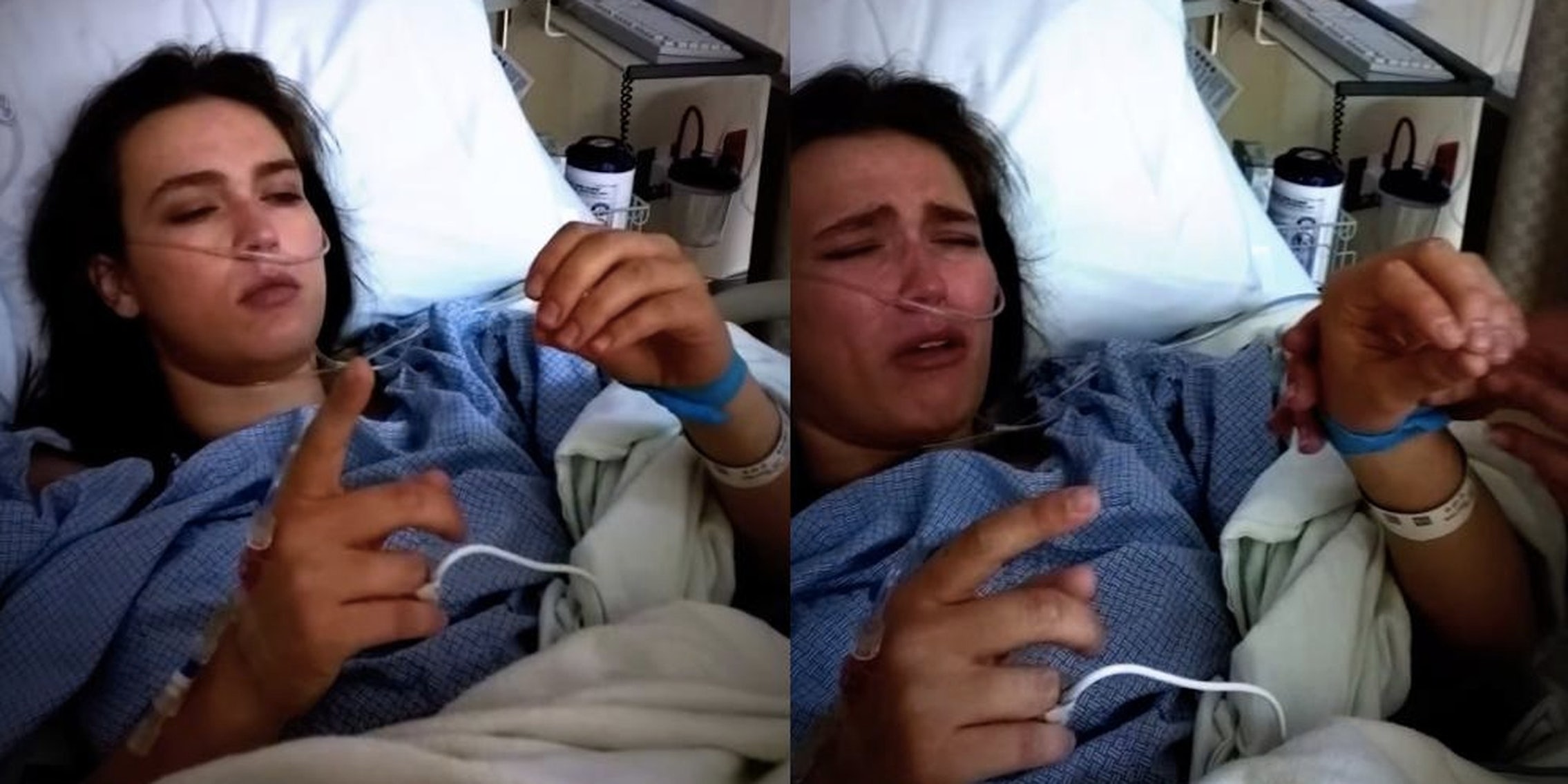 Pac-Man is a pretty stressful game. And for one girl, those ghosts chasing after our favorite yellow protagonist is too much to handle.

Meet Jenn. She had leg surgery earlier this June and was presumably on some pretty strong painkillers. Jenn decided to pantomime a game of Pac-Man with her hands. But once Jenn realizes that she started off wrong by having Pac-Man chase the ghosts, she gets pretty frustrated.

“Oh no, that’s a bad idea, I don’t know where to go,” she frets. Thankfully, a voice behind the camera suggests that Pac-Man just turn the other way.

Although damaging your extremities is never fun, at least we can capture people’s deliriousness while still on some meds. Just like the kid who was super excited about getting an arm cast.