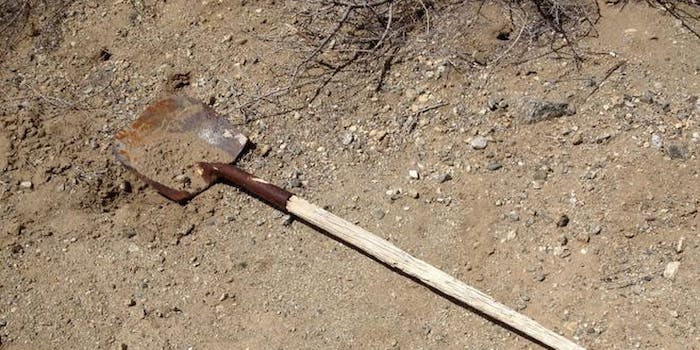 And you thought your OkCupid stories were bad.

In a sequence of bizarre events straight out of a Coen brothers screenplay, a French woman has died after being buried alive on a first date.

Mina El Houari of Cadenet had struck up an Internet courtship with a man living in Morocco, regional daily La Provence reported. After several weeks of chatting online, the 25-year-old made the trip across the Mediterranean to the city of Fez to meet her suitor.

She arrived on May 19 and checked into a five-star hotel before meeting her potential boyfriend, who has yet to be named by authorities. What began as a pleasant first date in his home, he later told police, took a terrible turn as El Houari—an undiagnosed diabetic—suddenly collapsed into a coma.

Assuming she had dropped dead, he decided to quickly dispose of the body, apparently too panicked to notice that El Houari was still breathing. He dug a grave in his backyard garden and covered her with dirt, which soon resulted in suffocation.

It wasn’t until El Houari’s relatives filed a missing person report with Moroccan police and flew to Fez to search for her that police interviewed the man and then searched his property—finding muddy trousers and a shovel before unearthing El Houari’s remains. The suspect then confessed, and he’s since been charged with involuntary manslaughter.