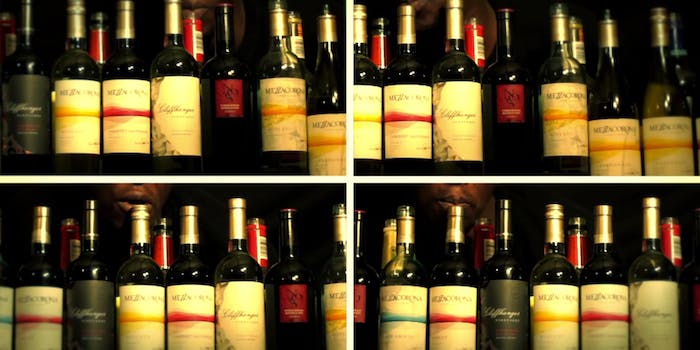 A six-pack is nothing compared to this.

Making music with a six-pack is mere child’s play when you’ve got an entire cabinet full of potential instruments.

Dan Newbie has already created music on wine glasses and hair bands, but now he’s trying something a little different. Thirty-four wine bottles, more than 4,000 cuts, and 120 hours of recording later, he’s conquered one of the world’s most famous songs: the “William Tell Overture.”

If you can line the song up to the start of the big race at Belmont Stakes, you’ve got yourself a built-in soundtrack to play along with the sportscasters’ commentary.

Or if beer is more your style and you have enough bottles on hand, you could always try this instead and just wait for the victor to emerge.