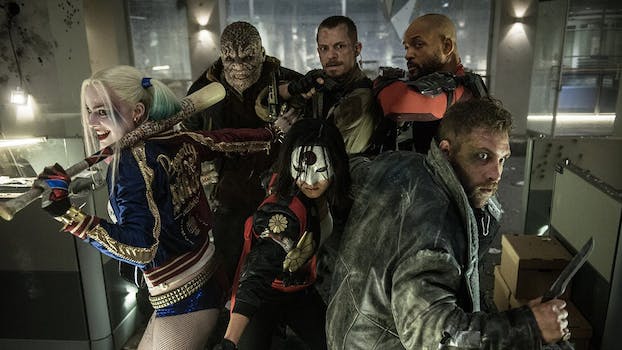 When the biggest frat icon since Belushi says you've got a problem, it's time to pack it in.

When even Will Ferrell can’t find the humor in something, maybe we should all accept that it’s no laughing matter.

Recently, the former Saturday Night Live funnyman expressed his concern over America’s fraternities, in a reader-sponsored Q&A with the New York Times. His remarks were pointed, given that Ferrell, a former fraternity brother himself, may be just about the biggest frat icon ever, save for John Belushi. But when asked about the “frat haters” who have emerged in the wake of the University of Oklahoma’s Sigma Alpha Epsilon scandal, rather than defend the institution of fraternities, he did just the opposite.

“The incident in Oklahoma, that is a real argument for getting rid of the system altogether, in my opinion, even having been through a fraternity,” chimed Ferrell. “Because when you break it down, it really is about creating cliques and clubs and being exclusionary. … I think it’s an interesting dilemma for universities these days.”

Yes, ladies and gentlemen: Will Ferrell, Mr. Old School himself, thinks we should abolish fraternities.

Ferrell managed to clarify that personally, he didn’t take his time in Delta Tau Delta “too seriously” and that his days of fraternity life were not characterized by the frequently grotesque behavior he now condemns. And his condemnation is well-timed: In addition to the incident at Oklahoma, where members of the university’s chapter of SAE were caught on video yelling a racist and hateful chant, North Carolina State University’s Pi Kappa Phi were just suspended after the discovery of a pledge book containing pages of racist and sexist content.

The North Carolina incident, for the record, is just as indicative of the problems with American fraternity life as the former. Whether it’s casual sexism or the ample evidence which demonstrates how fraternities foster a larger sense of rape culture, this country’s campus assault program is explicitly tied to its fraternity problem. At Penn State, members of Kappa Delta Rho were caught using a hidden Facebook page to distribute pictures of naked and unconscious women.

The last few years have also seen setbacks in the fight against toxic fraternity culture. While the now infamous Rolling Stone rape story at UVA has been held up by some to invalidate the idea that fraternities may be a danger to America’s college campuses, the case against frats has gotten too powerful to ignore.

Part of the problem is the power of the fraternities themselves. A year ago, Caitlin Flanagan published an extensive piece at the Atlantic delving into the current state of the American fraternity. As Flanagan observed, these are institutions with friends in high places, making most universities hesitant to challenge them. There are numerous Fortune 500 CEOs who were a part of fraternities, and 18 presidents have come out of the Greek system. Prestigious alumni like these also tend to be very generous when it comes to making donations, giving more overall than their non-Greek peers.

This sense of pride and responsibility that these men feel is part of why fraternities have been so hard to criticize. Flanagan asserts that it’s “the formerly all-white, now nominally integrated men’s ‘general’ or ‘social’ fraternities, and not the several other types of fraternities on American campuses (religious, ethnic, academic)” who give colleges the most trouble. But these fraternities are also the ones who have the oldest tradition, a tradition that “at its most essential is rooted in a set of old, deeply American, morally unassailable convictions, some of which—such as a young man’s right to the freedom of association—emanate from the Constitution itself,” according to Flanagan.

Today, that tradition has been replaced by a new kind of tradition, one rooted not only in the freedom of association, but freedom from consequences, at least for the greater organizations. Consider that although hazing is illegal in 44 states, many schools still look the other way when frats do it. As a result, at least one student has died as a result of hazing every year since 1970. There has been legislation introduced to ban hazing at a federal level, but the fraternity industry’s lobbying organization, aka “the FratPAC,” has blocked it.

Numerous details of this fraternity hazing have come to light in recent years. A former member of SAE at Dartmouth was quoted in Rolling Stone as saying he was forced to “swim in a kiddie pool of vomit, urine, fecal matter, semen and rotten food products; eat omelets made of vomit; chug cups of vinegar, which in one case caused a pledge to vomit blood; drink beer poured down fellow pledges’ ass cracks… among other abuses.”

Meanwhile, a Bloomberg piece about an SAE pledge at Salisbury University in Maryland compared the experience to torture. This expose detailed an eight-week initiation where aspiring members were beaten with paddles, forced to drink up to the point of passing out, dressed in women’s clothing and diapers, and confined to a dark basement without food, water, or a bathroom, while the same German rock song played at at high volume, for nine hours.

The same Bloomberg piece notes, “There have been a number of allegations involving this fraternity over the past few years, from hazing to date-rape drugging to harassing a neighbor because of his sexual orientation.” But because of the way many frats essentially hold universities hostage, little is being done to stop this kind of behavior.

In 2011, David Shorten, president of Cornell, wrote an op-ed in the New York Times calling for an end to hazing following the death of a student. The sentiment was nice, but Shorten made sure to also highlight the splendid “tradition” of fraternities throughout the years. Yet as Laurie Essig puts it at the Chronicle of Higher Education, “It is interesting that the lesson [Shorten] draws is to end hazing, not fraternities. … Since when is ‘tradition’ a sufficient reason for doing something if you aren’t Tevye from Fiddler on the Roof?

Hazing is, however, far from the worst aspect of America’s fraternity system. In her piece in the Atlantic, Flanagan examined the tricky business of trying to insure frats and found that only 7 percent of liability claims are a result of hazing. Another 7 percent stem from auto accidents, while 9 percent are the result of falls from heights and a similar 10 percent are the result of slipping and falling elsewhere. Among the most unsafe aspects of fraternity culture, frat houses rank high. Frequently not up to code, these old buildings often inadvertently put inebriated party guests in physical danger.

Not that this danger is anything new, at least for women. A notorious 2007 study from the National Institute of Justice exposed the horrifying statistic that one in five women are sexually assaulted while in college and that almost all those assaults go unreported. In a piece for the Guardian, Jessica Valenti explained that fraternity members are three times more likely to rape than other students, and sorority members (the female students who, in theory, have the most interaction with fraternities) are 74 percent more likely to be raped.

The math is simple: 20 percent of female college students are sexually assaulted on campus, and men who belong to frats are 300 percent more likely to be one of their assailants. If you’re a woman who steps into a frat house, your chances of being raped have immediately just gone up.

But as Oklahoma has demonstrated, there are other ways fraternities can be harmful to our nation’s fabric. Race has become a crucible for the Greek system as of late, whether through offensive parties or persistent segregation. Nicholas L. Syrett, author of The Company He Keeps: A History of White College Fraternities, concluded that racist attitudes persists not in spite of fraternity tradition, but because of it. In a piece for the Daily Beast, he argues that the Greek system’s focus on exclusivity can only serve to encourage a certain “we are better than you” attitude at America’s historically white fraternities.

What’s become evident in the wake of Oklahoma is that just as fraternities have instilled many members with the belief that their position gives them sexual power over women, many of the same members feel that the prestige of their organization puts them above students of other races on the social ladder. While college is usually acknowledged as a time to find acceptance, these fraternities’ attitudes reinforce just the opposite: that there is no valid acceptance except that which comes from your most immediate peer group.

There are other reasons to ban fraternities, too. After their article on hazing came out, Bloomberg joined the ranks of organizations calling for an end to fraternities, citing declining academic performance and increased binge drinking among frats. Their editorial review board compared the current fraternity system to a bad investment, which will inevitably end up hurting the business of higher education in the long run.

If universities are akin to businesses, they have to find ways to negate the devastating image effect fraternities are having on their brands. In this spirit, the Atlantic’s Julia Ryan has put forth a list of several ways colleges could finally do away with frats. In addition to simply putting their foot down and holding fraternities to the same standard they would any other organization, it’s important that schools seek bigger donations from outside the Greek system, so as to offset the vicious circle of finances that has long complicated fraternities’ position as an otherwise “bad investment.”

None of this will be easy, and even if colleges do start to turn their back on fraternities, it’s not going to solve all their problems. Salon’s Katie McDonough reminds us: “[Y]ou can ban frats, but you can’t ban large groups of entitled white men from living together. You also can’t simply ban toxic masculinity and white supremacy. These are frat problems, of course. But they are also our problems.”

McDonough is correct in supposing that institutionalized racism and toxic masculinity are bigger than fraternities, but there can be no denying that fraternity culture also props up these ideas, and the exclusivity that was once used to create great men has been twisted into a creed of elitism. Movies like Animal House, Old School, and Neighbors may be funny, but the reality of actual fraternity life is often anything but.