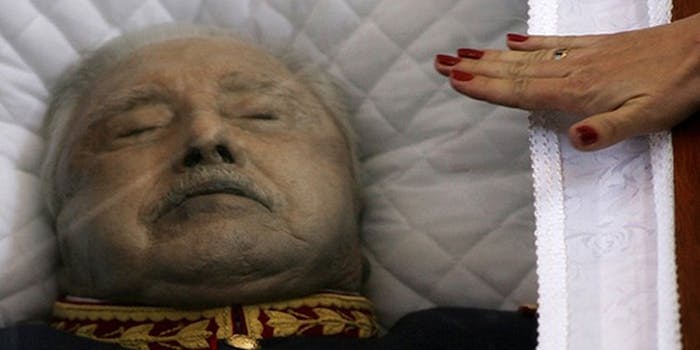 This Wikipedia troll is hiding corpses in plain sight

Over on Hipinion, an eclectic message board, users are sharing past triumphs of Wikipedia vandalism. Among the tampered-with articles are pages on bobsledding, Muddy Waters, and He-gassen, a centuries-old Japanese art scroll that depicts a “fart battle” (really). But amusing as these little tweaks are, none compare to the disruptive editorial campaign of “shammgod.”

Shammgod, you see, is invested in finding opportunities to insert a photo of the late Chilean dictator Augusto Pinochet in a casket wherever its appearance is most jarring, always with a hilarious caption to boot. The edits never last long, but while they do, you’re unlikely to find a funnier juxtaposition online. Here, for example, is the modified article for Eskimo Pie, a dessert:

And here’s the page on hamburgers: 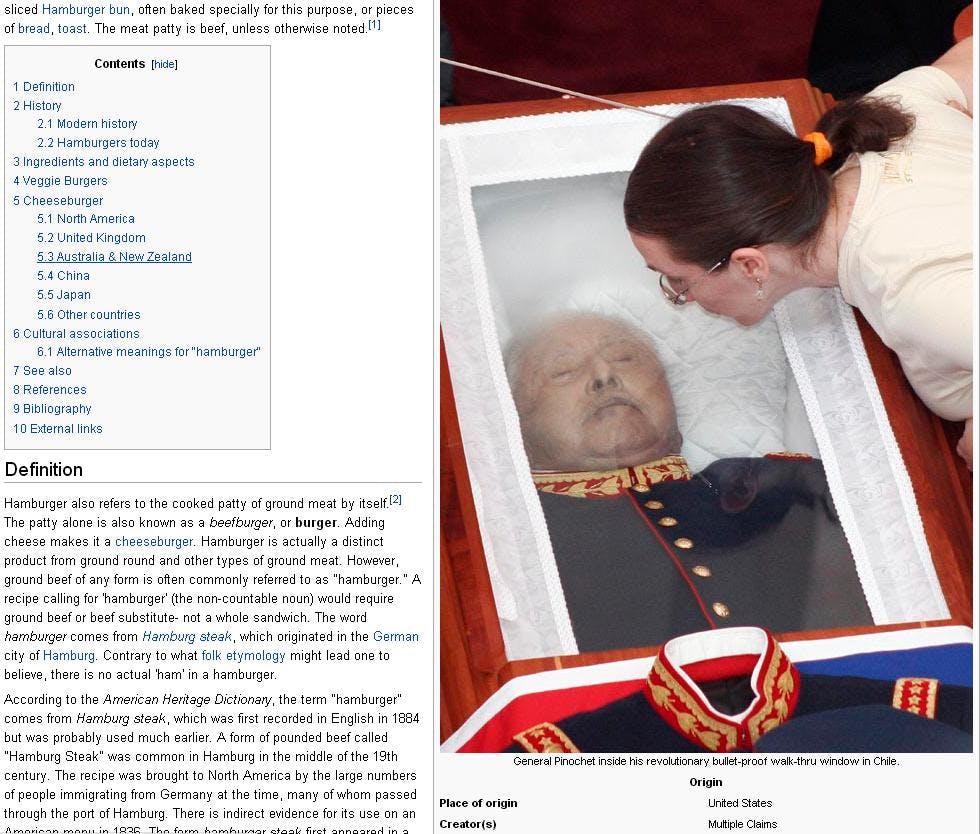 Those revisions may have been zapped as irrelevant, if not inappropriate, but shammgod’s finest use of the photo—which does appear toward the bottom of Pinochet’s own Wikipedia entry—would have to be in the article for “curiosity.” Honestly, is there a better expression of the term than a woman gazing through Plexiglas into the face of a dead tyrant? I don’t think so. 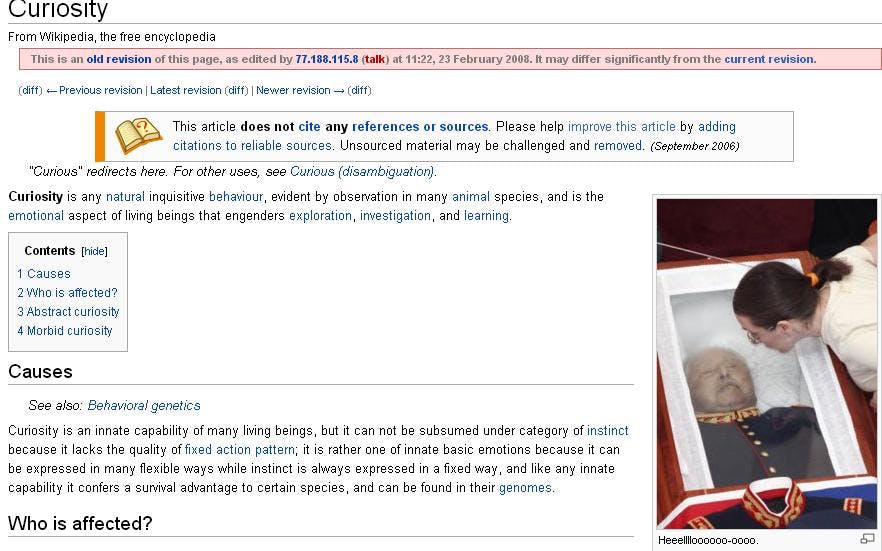 Unfortunately, shammgod said, there are limits to his artistry: “There was also [a photo] of Barb Bush and her dog that I used a lot but apparently it’s been deleted from the servers,” he wrote. That loss is almost too tragic to bear—thank god we have a corpse to pick up the slack.