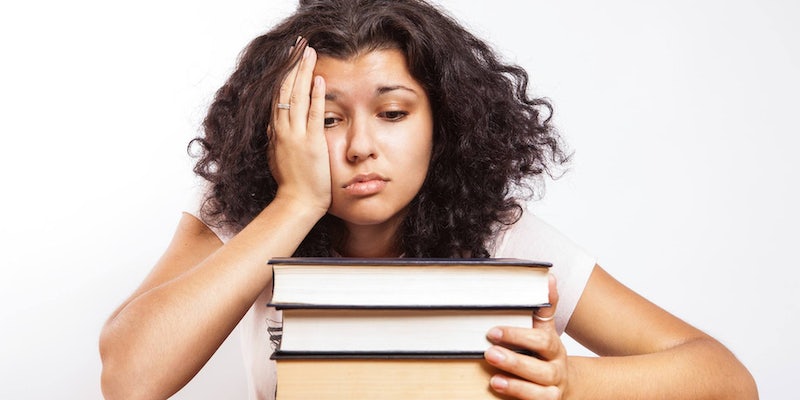 The worst effect of Wikipedia is its consequences for student writing.

For the researcher plagued from time to time by what Norman Mailer called the Swiss cheese effect (i.e., you reach for something in your head and find a hole), the Internet is invaluable. A question pops up, and you tap the computer for the answer. When did people start thinking that the Druids built Stonehenge? Who said “the devil is in the details”—or was it “God is in the details”? Google Books alone, with its millions of volumes on tap, has made it possible to find the source of many an errant phrase. No longer should one ever be forced into writing that deeply embarrassing footnote: “The source of this quotation has not been identified.” Even the much-maligned Wikipedia (and in a few moments I will join in the maligning) has its use as a repository of mostly accurate facts and figures. 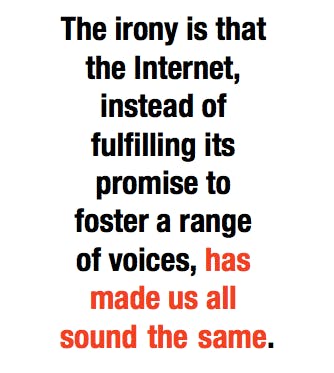 Traditional scholarship still works, but these days, the Web is nearly always necessary as well. If I want to remember what happens during the fight between Hamlet and Laertes, I walk over to my shelf and reach for my copy of Shakespeare. But if I want to sample a range of what people have said about the scene, I go to Google or JSTOR and type in “Hamlet + Laertes.” I can also consult an old favorite, H.H. Furness’ New Variorum Hamlet—but Furness published his edition in 1877, and later sources are of course left out. The up-to-the-minute nature of the Internet is perfect for taking a quick look to see what’s out there; then, if you want to read more than the snippet or the few pages that Google gives you, you can go get the book. This new model of literary research certainly beats the pre-Internet one, in which you waited weeks for an interlibrary loan request to arrive and then, as often as not, realized that you had asked for the wrong book. A wild goose chase on the Internet takes minutes, not months. No longer do scholars need to be patient fishermen (as the Miltonist William Kerrigan beautifully put it). Now, we can buy our fish at the corner store.

The Internet has revolutionized scholarship, and largely for the good.

Yet we need to recognize the down side. The Internet blends fact with fiction, the crazy with the conventional, and all too often the result looks like an endless—and tasteless—mass of information. When students, especially, turn to the Web, they have no way of sifting through the cascade of opinions to find the ones that matter. Instead, they get an unfiltered stream in which the nuttiest statements nestle comfortably next to the wisest ones, and in which wisdom easily goes unnoticed because, after a few hours of searching, everything starts to sound alike. The Web tempts us to shift rapidly from one source to another, and so we don’t stay with any single perspective long enough to really evaluate it. The arbitrary abundance of the online world urges us too toward arbitrariness in our choice of what sources to trust. 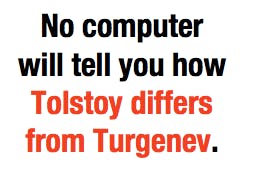 Google Books offers convenience but also its own brand of frustration: It provides a dense but random selection of sources. The most significant scholarly statements about Hamlet and Laertes might not be there at all; on my “Hamlet + Laertes” search, for example, I clicked through 19 pages before getting to A.C. Bradley, arguably the most influential Shakespeare critic since Coleridge. And Coleridge didn’t seem to be there at all. The one-third of a book available on Google often just provides a quick tour of what the author has said, giving you the mistaken feeling that you don’t need to read more. I’d like to claim that I always trot to the library to read the rest, but in most cases I don’t. (After all, I have to pick the kid up from school, and the library is pretty far away.) And if I just use plain Google search rather than Google books, I turn up SparkNotes, CliffsNotes, Yahoo Answers, and Shmoop (which features, I am told, “analysis by Ph.D. and Masters students from Stanford, Harvard, and Berkeley”), but little actual scholarship.

The Web has made us lazier by allowing us to believe that, like Borges’ Library of Babel, it contains all human knowledge. It doesn’t. And the most important face of scholarship—the careful, slow-moving consideration of one text against another—is still very much with us. No computer will tell you how Tolstoy differs from Turgenev. The age-old book-lined study is still needed along with the wild and whirling Internet. 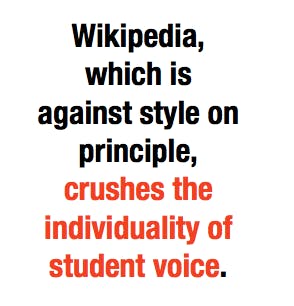 The worst effect of the Internet is its consequences for student writing. These days student papers often have a patchwork character: here and there a few camouflaged sentences lifted from Wikipedia, seasoned with SparkNotes. Most of the concern about the Internet’s effect on writing focuses on plagiarism, but the problem is a far wider one.  It’s true that plagiarism, always a popular student sport, has enjoyed a renaissance in the last decade. It’s the unusual student that can resist being able to steal a text simply by cutting and pasting. All you have to do is figure out how to alter it so that it can pass the Turnitin plagiarism detector. (There must be an app for that—I don’t want to know.) But even when students don’t plagiarize, the damage has been done. They knuckle under to the dull, one-size-fits-all version of knowledge that is embodied, more than anywhere else, in Wikipedia.

This is where the conformity and soullessness of Wikipedia becomes sadly apparent. Its lumps of facts have been licked into shape by a thousand anonymous tongues, draining them of any vestige of personality. Any critic—from the the most wet-behind-the-ears freshman to Northrop Frye—needs a personal style, and she or he will never get it from reading Wikipedia’s crowdsourced pages. For a refreshing contrast to the mass-produced Wikipedia, leaf through the eleventh edition of the Encyclopedia Britannica, and you’ll read genuine mini-essays, written by actual people. The authors of the Britannica knew how to express themselves, and they cultivated a sense of style; they had read Ruskin and Macaulay and Gibbon.

Wikipedia, which is against style on principle, crushes the individuality of student voice. For the kids in my class, this is what knowledge sounds like: balanced and bland, never indignant or provocative or committed—the voice of the crowd, the everyman. Student essays still occasionally contain remarks that sound jaunty, or freewheeling, or tragic, or ironic. But there are far fewer of these liberated moments than there were before Jimmy Wales gave us Wikipedia’s pasteurized version of scholarship. And for students today a Wiki page far outstrips any scripture in its authority, even though it may contain downright ludicrous aesthetic and moral judgments. Often, Wikipedia provides an unwitting, and badly written,  parody of scholarly gravity: we are helpfully told, for instance, that “Not all death is considered a tragedy. Rather it is a precise set of symptoms surrounding the loss that define it as such.” The impersonal neutrality of Wikipedia lures students in, so that they question nothing.

The irony of Wikipedia’s triumph is that the Internet, instead of fulfilling its promise to foster a range of voices, has made us all sound the same, at the very least when we want to speak authoritatively about intellectual matters. Better, I tell my students, to turn yourself loose in the library. Spend a long afternoon in the stacks and see what strikes you; look for the most intriguing, most quietly promising books on your subject, even if you have to work at them.

Because we still need to be, in the end, patient fishermen.

David Mikics is the author of Slow Reading in a Hurried Age (Harvard/Belknap), A New Handbook of Literary Terms (Yale),  and other books. He is John and Rebecca Moores Professor of English at the University of Houston and a columnist at Tablet magazine.

This column is part of The Way We Think, a series in which major thinkers and fresh voices from diverse areas of our intellectual and cultural lives—science, literary criticism, photography, history, travel—sound off on how our world is changing in concrete terms because of the Web.