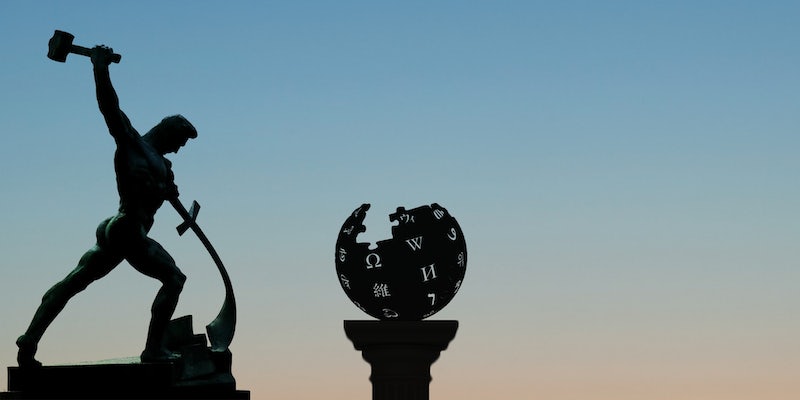 For the first time in years, Wikipedia's traffic fell. Are the site's days numbered?

Wikipedia is the sixth most-visited website in the world. Long recognized as the Internet’s great arbiter of knowledge—from the scientific to the specious—the organization draws almost 5 billion readers a month to its English site alone. But with new data showing that traffic is falling, some are wondering: Are its days at the top numbered?

The short answer is no.

The long answer is yes and no. Here’s why: According to Wikipedia’s annual report card, 2013 wasn’t exactly a banner year. For the first time since 2008, the site’s total number of pageviews declined:

And while the total of articles increased, they did so by a smaller margin than last year:

What exactly does this mean? To be sure, there are a near endless number of caveats to these numbers. First, the number of new articles in recent years has continued to drop, even when the number of editors performed reasonably well (though dropping slightly in the past few years). So slowing article growth has been a long-term trend:

The reason for this logarithmic article-growth is obvious: With almost 32 million articles to date, there are simply fewer and fewer to create. Or at least, after an initial boom in the number of articles written, the pickings are slimmer. Over time, topics still up for grabs become more specific, arcane, or technical, requiring knowledge and expertise possessed by fewer users. That means they get added at a decreasing rate.

It is possible that this also explains the site’s relatively poor-seeming performance this year. As new articles become rarer, there are less editors required to manage them, and so the number of active editors naturally falls. In that sense, the site could simply be maturing.

However, there is another way to read these stats. For years, Wikipedia has gone largely unchallenged. If one wanted to find out, say, when a certain celebrity or historical figure was born, they almost certainly turned to Wikipedia. Recently, however, Google’s Knowledge Graph (the search function that displays key facts about queries on the right side of the results page) has made that function of Wikipedia obsolete. Now, for example, one need only go as far as the Google results page of Leonardo da Vinci to find out when the artist was born.

What this means for Wikipedia, practically speaking, is that its traffic is destined to drop. But that might not be as significant as it seems. Google’s Knowledge Graph still pulls much of its information from Wikipedia; it just doesn’t require users to actually visit the reference site. In other words, Wikipedia still has no real competitor as far as actual content is concerned. All that’s up for grabs are traffic stats. And as a nonprofit, traffic numbers don’t equate into revenue in the same way they do for a commercial media site.

Ultimately, if this latter scenario is true, if services like Google are taking traffic from Wikipedia, it may not be a bad thing. It may simply be a sign that the Web, as a whole, is maturing. Search functions like Google are developing to better harness “the world’s knowledge,” as Wikipedia dubs it.

That doesn’t mean Wikipedia is any less important as the generator and keeper of that knowledge. It’s primary role may simply become stewardship, not presentation.

Update: Shortly after this story’s publication, a Wikimedia spokesperson reached out to the Daily Dot. He emphasized that the foundation welcomes Google Knowledge Graph to use its content and that it was looking into the traffic fluctuations. “But we cannot and should not blame any external factors for the drop in PVs until the team develops some solid data in response,” he wrote.

He added: “We’ve also not noticed a significant drop in search engine referrals. We also have a continuing dialog with staff from Google working on the Knowledge Panel.”