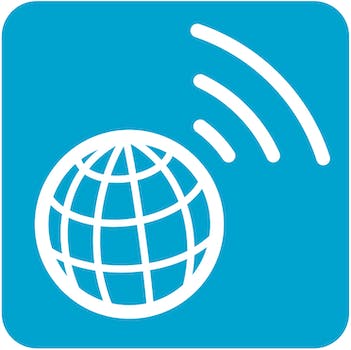 In a world where the options are Gogo or no-go, it's time to give something else a try.

With the rate technology has improved over the past few decades, it’s become all too easy to complain about the most minor flaws in otherwise miraculous innovations. In a famous interview with Conan O’Brien, comedian Louis C.K. once lambasted the fact that we take for granted the fact that we can get Internet on a plane at all, but with all due respect, it bears asking: Why does the Wi-Fi on commercial and public transportation remain terrible—or virtually nonexistent?

European airline Lufthansa seeks to put that question to bed, with the announcement that the company will begin offering broadband Internet on short-haul and domestic flights starting summer 2016. Not to be outdone, Virgin America, who pride themselves on being the only airline to offer Wi-Fi on all their flights, also recently unveiled plans to bring in-flight streaming to Netflix subscribers on select aircrafts.

A shift in transportation is clearly happening, and those who can’t upgrade will be left behind. Reliable wireless Internet is coming to a plane, a train, or a bus near you—and it’s about time.

Right now, there are nine major airlines that offer Wi-Fi. The most predominant service on these airlines is Gogo, a company which specializes in in-flight Internet. But Gogo, according to almost anyone you’re likely to talk to, is terrible. It relies on cell towers to provide only the spottiest of connections for travelers. “For years, customer perceptions that Gogo is basically Comcast at 35,000 feet didn’t hurt the company’s bottom line,” writes Bloomberg’s Sam Grobart.

That’s because Gogo got there first, so up till this point they haven’t had to get better. This has also allowed the company to vary its prices at outrageous rates, depending on where you’re going, when you’re going there, and how many people are going with you.

But Gogo, according to almost anyone you’re likely to talk to, is terrible. It relies on cell towers to provide only the spottiest of connections for travelers.

“The practice is like the surge pricing used by Uber,” states Grobart. “It may make perfect logical sense—varying the price of a scarce resource according to demand—but it hardly wins the hearts and minds of noneconomists. More to the point, people who use Uber usually have options: a yellow taxi, the subway, walking. If you’re on a Delta or American flight, it’s Gogo or no go.”

Fortunately, there are two companies, ViaSat and Global Eagle Entertainment (GEE), which are currently threatening Gogo’s stranglehold on in-flight Wi-Fi, with service that works faster and costs less, thanks to their reliance on satellites over cell towers. Gogo plans on expanding its business to include satellites, too, though whether this effort is too little too late remains to be seen.

However, the need for in-flight Wi-Fi improvement may seem questionable, depending on what kind of travel experience you are looking for; after all, 90 percent of U.S. flyers rarely or never purchase in-flight Wi-Fi. But it’s important to remember that part of the reason more people haven’t been interested in logging on is because the service has been so bad. Between Gogo or nothing, plenty of people will surely choose nothing. But if ViaSat and GEE can finally get it up to speed, this could soon change.

The real key, however, to the future of in-flight Wi-Fi isn’t going to be options, it’s going to be accessibility. And that can only mean one thing: Internet Wi-Fi will have to be free. Fortune’s Kevin Fitchard notes, “Smaller airlines look at in-flight Internet as a differentiating service, the same way they might treat checked-bag fees. … JetBlue cuts a check to its provider ViaSat for all of the bandwidth its passengers consume.” It’s no surprise then, that JetBlue claims more than 40 percent of passengers connect to their free Internet.

Looking at the JetBlue model, free Wi-Fi might sound like a perk. But if companies like JetBlue continue to increase their usage numbers, it’s going to feel more like a necessity—and other airlines will be forced to take note. It’s already happening: Much like Virgin’s Netflix deal, JetBlue has partnered with Amazon Prime to provide streaming to its subscribers.

Keep in mind that there are already well-known hacks to get free Wi-Fi on your next flight—meaning that the demand is already there, even if businesses haven’t quite caught up.

The real key, however, to the future of in-flight Wi-Fi isn’t going to be options, it’s going to be accessibility. And that can only mean one thing: Internet Wi-Fi will have to be free.

And as airlines dip their toes into the Wi-Fi pool, other forms of transportation are experimenting with free Wi-Fi access as well. More transit stations and trains are rolling out Wi-Fi across America—and beta versions of Wi-Fi buses began test runs last year in London. With basic Internet access increasingly considered a necessity of daily life—as a critical human rights issue—the need to connect anywhere at anytime is becoming the norm. Metropolises like Los Angeles’ are unveiling plans for city-wide Wi-Fi, while New York wants to rehab its unused phone booths by making them into hotspots.

Aside from keeping up with the 21st century Joneses, there are other reasons to integrate Wi-Fi with mass transit. Staying connected can help make people safer, giving them an opportunity to call or message for help if a precarious situation arises. People who work from their phone or laptop would be able to worry less about dropped signals—in the case of traveling through a tunnel or a location with poor service coverage. And there’s also the chance that improving Wi-Fi on public transportation will encourage people to use their cars less, thereby helping cities go greener.

There are always reasons to stay off the Internet, but as we move closer toward a wired future, the airline and public transportation industries need to start catching up. As Louis C.K. pointed out, getting Wi-Fi in the sky might not make us happier. But in a world where the options are Gogo or nothing, something else is at least worth a try.

Photo via danaspiegel/Flickr (CC BY SA 2.0)