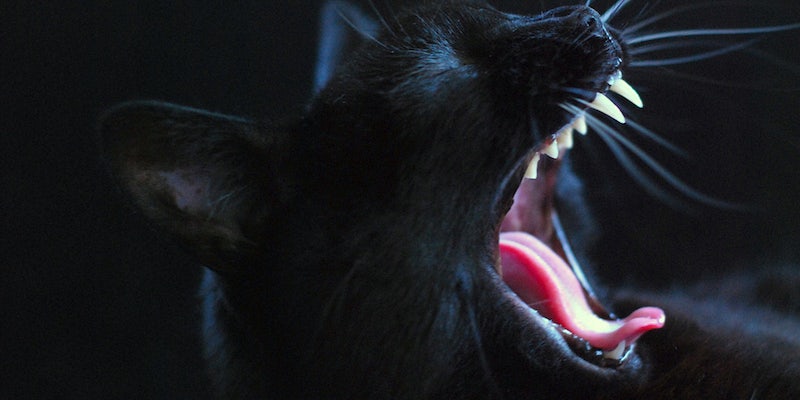 There is perhaps no phrase more important and yet so completely dull than “net neutrality.” The term—describing the concept that ISPs must treat all Internet traffic equally—should be a rallying cry for every online citizen, not the fringe issue it has persisted as for more than a decade. As an example of branding, “net neutrality” brings up less a debate about rights, services, and the future of technology than it does a wonkish business practices paper from 2003.

It is often the case with highly-technical debates the need to alert the public to your cause can often lead to oversimplification of issues that require finesse and expertise to argue against or for. Net neutrality, however, is an overcomplicated name stuck on a fairly simple issue most Americans should be not only willing to understand but also care very much about. From employers to gamers and Netflix addicts, it’s an issue that directly could affect how anyone uses the Internet.

It would be wise of me to point out one key aspect of net neutrality’s problem as a cause: its supporters don’t realize exactly how obscure it is.

While not quite as unheard of as it was in 2010 when only 7 percent of Americans had heard of it, it’s easy to forget how little mainstream coverage net neutrality receives. I was shocked to see it appear as the “Most Undercovered Story” on MSNBC, only to realize that not every American is pouring over tech blogs and Twitter like a devoted/sad digital citizen like myself. In fact, if you’re reading this article, chances are you’ve heard about net neutrality more times this month than most have in the past year.

Of course, even if the average, non-tech-blogger American had seen a headline on the issue, it still comes down to the term itself and its ability to capture an audience. GIven Washington’s ability to sell you standardized tests as “No Child Left Behind” or “Common Core,” or its ability to strip your rights away under the guise of a PATRIOT Act, one would think a snappier, sexier title for net neutrality would have risen in more than a decade of debate.

But as Arianna Huffington mused back in 2006: “Why are the bad guys always better at naming things?”

There are plenty of lofty, more approachable options: “Net equality,” “Internet freedom,” or labeling the position of ISPs as “broadband discrimination.” In fact, the FCC itself calls net neutrality “Open Internet,” defining it as “the Internet as we know it.”

And therein lies the problem with any attempt to rebrand net neutrality.

While the Internet has certainly changed dramatically since Wu wrote his defining paper in 2003, it’s often hard for many people to imagine what a segmented internet would look like. When Democrats or Republicans succumb to Godwin’s Law and compare the other’s policy to the Nazi regime, they are using the famous iconography of that era in history to display the (supposed) consequences of their opposition’s stance or actions. By branding the net neutrality movement as simply “keeping the Internet open and free” or “the Internet as we know it,” we’re whitewashing the true consequences of losing net neutrality by giving the average person little to compare it to.

In other words, it’s difficult to make people fight for something they already have but they don’t realize they could easily lose.

However, in an increasingly divided political landscape, getting most Americans to care about anything is more and more difficult. Net neutrality is not a politically dubious issue, though some Republicans may abandon their fight against the government’s regulation of ISPs in the interest of good politics. Just as well, many Democrats would also speak against government stickings its hands too far into the online cookie jar, as seen within their response to the NSA’s surveillance programs.

It’s also an issue that pits your ex against your middle-school bully: Who do you root for in a debate between ISPs and the federal government? While Comcast has consistently ranked amongst the most hated companies in the country, faith in the US government has been dropping steadily for four decades and continues to get worse, especially surrounding digital issues. So when the government you don’t trust confronts the company you most hate, it’s no wonder net neutrality doesn’t gain traction as an issue.

Any attempt to make net neutrality’s support match its importance should remember how impervious the internet appears from the outside. Once you realize an ISP can turn down the faucet for you—not just limiting how quickly House of Cards loads but threatening the very structure of innovation that has kept the web alive—it becomes a far more serious issue.

As bellwethers of climate change know very well, people will struggle to care about your cause if they don’t easily see the consequence of not doing so.