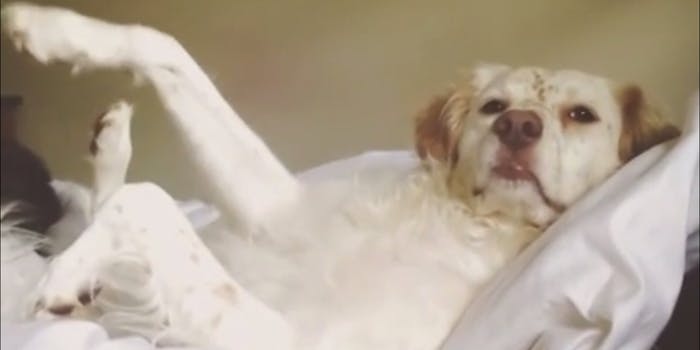 P.S. Yes, this dog looks like he’s heiling Hitler. Some devoted trolls have taken on “social justice warrior” personas and are debating the Nazi issue in the YouTube comments. Other users appear to be responding earnestly. It’s anarchy. Enjoy. 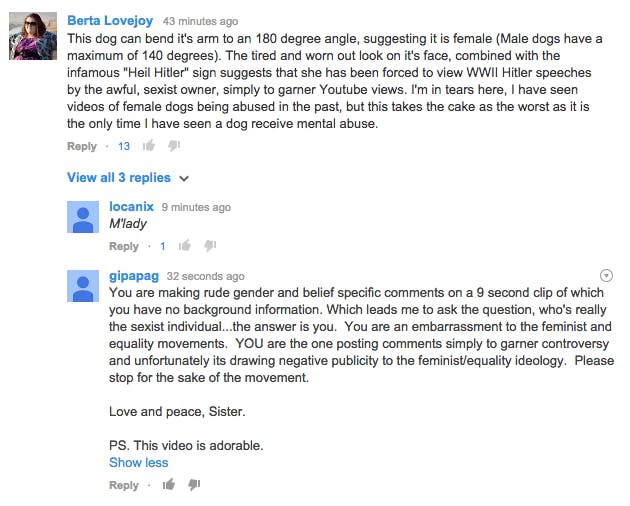