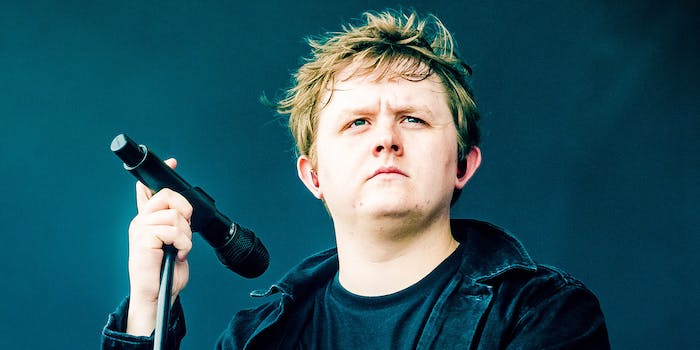 The guy was nominated for song of the year. But also, like, who is he?

Lewis Capaldi is big in the U.K. Stateside, well, let’s just say he isn’t yet a household name despite being nominated for song of the year at the Grammys on Sunday.

He’s also just, like, a pretty normal-looking, schlubby dude. So much so that the 23-year-old Scottish singer tweeted Sunday night that a Grammys employee tried to take his seat.

“A lady at the grammys has just come up and offered to take my seat because she thought I was one of the people who sits in the chairs to fill them when someone gets up to use the bathroom,” Capaldi tweeted alongside multiple crying-laughing emoji.

Who is Lewis Capaldi?

Capaldi’s “Someone You Loved” topped the U.K. singles chart in March for seven weeks. It became a No. 1 Billboard hit in the United States eight months later, though it was released in November 2018. It’s one of those evergreen global pop hits that lingers long enough to warrant two music videos during its promo cycle.

Still, like a Calvin Harris megahit, listeners engage passively and we tend not to think about who actually wrote the thing—hence the Grammys confusion. It’d lose song of the year to Billie Eilish, the night’s breakout winner.

Before the ceremony, he posted a photo of himself in a bathroom, apparently on a toilet, captioned “#GRAMMYs BABY!!!”

The breakout pop star seems to be handling fame with self-deprecating humor. On Grammy night he responded to a fan who wrote that he looked “like ed sheeran if he drank 3 bottles of sweat everyday and only showered once a year” with “thank you.”