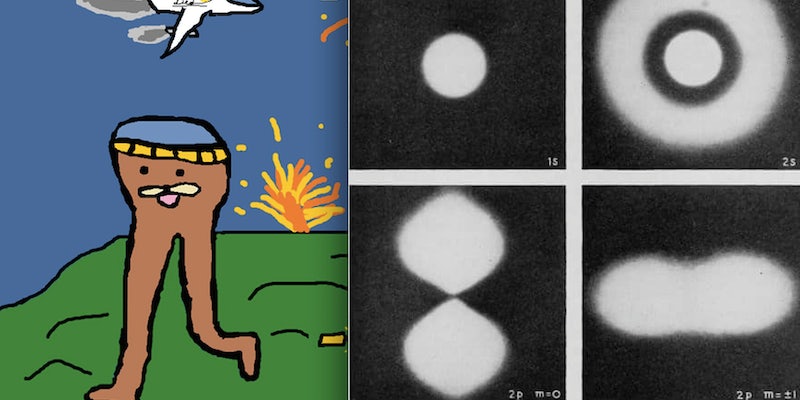 Photos via Gondola memes & Loss.jpg and Other Stupid Memes

Which meme is worse: Loss or Gondola?

A pox on both these memes.

Two memes, both alike in dignity—on the fair Internet, where we lay our scene.

But a little background before we begin: Not long ago, I wrote an article about Dat Boi, an old computer animation of a unicycling frog that had been repurposed as a meme. Almost as soon as that post was published, I faced a torrent of abuse (some genuine, most ironic) for “killing” Dat Boi.

Then, an even stranger thing happened. Because I was seen as Dat Boi’s assassin—and felt no remorse for ending his life—some members of the meme community wanted me to target other obscure, insular memes for annihilation. While these requests varied, two memes in particular stood out as almost universally despised. These would be “Gondola” and “Loss.”

And they both kinda suck.

Let’s consider Gondola first. Gondola, who had his big moment in late 2015, is essentially a face with legs. He appears in a number of environments and contexts, rarely doing much of import. He’s always mute, sometimes sad, and incredibly chill by nature. That’s about it.

Now, does Gondola have a laughably overcomplicated backstory? Of course. He’s the mutated form of Spurdo Spärde, a Finnish message board character dating back to 2008, when he was created to mock newcomers to that site. In contrast to Spurdo, Gondola is a silent, non-judging observer, which explains why you occasionally encounter heartfelt academic tracts on Gondola as “the child of the neo-aestheticist movement that is the now ironically overused ‘New Sincerity,'” a “delicate but incorruptible” meme.

I’m all for close readings of memes, but let’s not lose sight of the fact that Gondola is just a shitty cartoon that exists outside of intellectual property law. His stillness, civility, and refusal to directly engage in the discourse do make him stand apart from the general clamor of meme culture, but these same qualities render him fundamentally inert and useless. Yeah, still waters run deep, but this is the Internet; I didn’t come here to think.

On the other hand, we have Loss. Buckle up, because this shit is dark.

To explain Loss, we have to go back to 2002, when a dude named Tim Buckley created a cringeworthy webcomic called Ctrl+Alt+Delete. I won’t be able to tell the story more entertainingly than this Tumblr post does.

The cynic in me admits that there’s definitely something to Loss. I love the phony gravitas transmuted to a geometric formula. And the inventive ways in which people have pushed those four panels toward raw abstraction while retaining a recognizable frame of reference are downright staggering.

In fact, the most elemental form of Loss.jpg resembles written language.

Indeed, this meme has a formalist beauty to recommend it. Unlike Gondola, however, it is definitively “played out.” We’re coming up on the seventh anniversary of the original Ctrl+Alt+Delete comic, and over the years, the parodies have proliferated so heavily that at least one 4chan board, for example, “began banning people who opened new ‘Loss’ threads.” (Given the sheer noise and level of shitposting normally accepted on 4chan, that alone should give us pause.) At this point, beating the dead horse is part of the joke. It’s become a game of endurance and war of attrition.

In the end, I’m torn. Which is worse: a free-floating, unfunny meme built on above-it-all pretension, or the endless, nihilistic roasting of a crappy, decade-old attempt at dramatic catharsis? Framed that way, they both sound pretty bad—and yet, firmly embedded in such garbage, there is an aspect of the divine. Perhaps the meme scene kids, in asking me to attack these two polar extremes of the form, were only seeking a reconciliation of their divergent tastes. In 2016, memes are more Balkanized than ever, and the stakes of affiliating oneself with a specific movement are high.

On the other hand, there can be no progress without bloodshed. If both these memes must die to pave the way for the meme singularity, so be it.