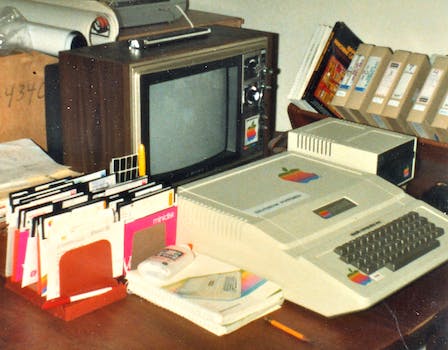 'MiniDiscs are the future.'

A time without Tinder, smartphones, omnipresent Wi-Fi, and synced Spotify seems unimaginable to some. The truth is, many millennials (specifically Generation Z) have never been exposed to the world of DSL, VCR, floppy disks, and mixtape cassettes.

SiriusXM host Eric Alper took Twitter Tuesday with a simple question: “Without revealing your actual age, what something you remember that if you told a younger person they wouldn’t understand?”

Without revealing your actual age, what something you remember that if you told a younger person they wouldn't understand?

Nuanced responses are coming in, with a range of users recalling their own childhood and youth featuring exclusive verbiage that many kids today probably cannot comprehend.

words like "nazi" and "white supremacist" are meant to be insults https://t.co/i20825ap6m

The utterly terrifying illustrations in 'Scary Stories to Tell in the Dark' https://t.co/8RKUxCsQ38

Hit 'Record' at the right moment to get the perfect last song off the radio for Side 1 of the mixtape you're making https://t.co/8RKUxCsQ38

And going to clubs and dancing *to guitars* (Specifically, the Smiths.) @ThatEricAlper

Waiting 3 months for the latest edition of NME to arrive (imported via sea mail).

.@ThatEricAlper you had to memorize EVERY SINGLE phone number to your friends' homes

Placing a phone call via an operator; party line telephones; my grandad having the only phone on the street (10c a call).

You have to push down the play and record buttons together

Don't worry, I've got plenty of battery left on my phone, I charged it last Tuesday

If you told friend you'd meet somewhere at 12p you HAD to be there on time, otherwise you'd miss them w/ no way to contact

the hours of fun that came from owning one of these pic.twitter.com/Q8xoSGCwKK

Hitting the black-and -white TV on the side and top to get the picture to stop rolling.

The map is in the glove compartment.

MiniDiscs are the future

If it's not working, take it out and blow on it

The meme has also made its way to Reddit, and the responses there have been even better. 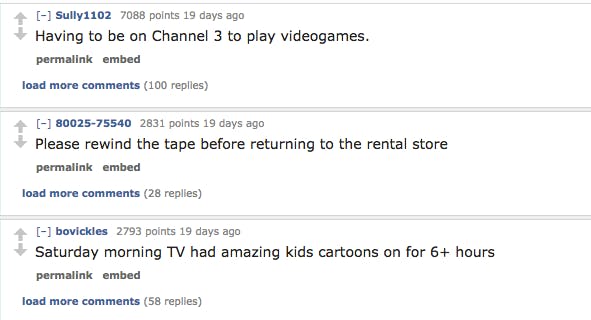 But nothing beats the hilarious reality of needing a phone line to surf the web.

Stop using the internet, I need to use the phone

Add your memories to the thread via Alper’s Twitter here.