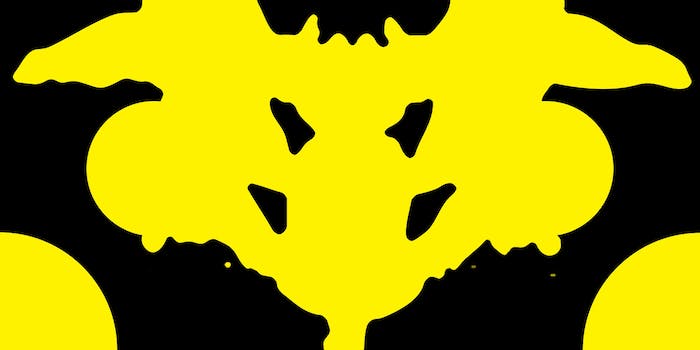 On BuzzFeed, you can find out which Mean Girl or Twin Peaks character you would be. But what's behind our obsession with mining our identities?

I have learned so much about myself by taking them: I know which Twin Peaks character I am, which city I should live in, which pop diva I am, and which undersea creature I most resemble. After I’ve learned about these new facets of myself, I make sure to share my results with my friends over social media, especially when my quiz results align with my ideal self image. Who wouldn’t want to proclaim their similarity to Audrey Horne, the most perfect little minx to ever rock a pair of saddle shoes?

Why do we take these quizzes? That depends on your perspective. Meghan Barr of the Associated Press claims that we have “a desire to compare ourselves with others in a social media-obsessed society.” On Wired, Kevin Maloney claims that we take BuzzFeed quizzes not because we are narcissists but because we have an existential fear of being unable to quantify ourselves. He says that quizzes “help us to order our sense of self when faced with the gaping vortex of an unknown future.” Maybe that’s why they’re so popular with students.

No matter why we take them, it’s certain why BuzzFeed is administering them: data mining. In a recent NPR interview, Advertising Age’s Kate Kye expresses her certainty that BuzzFeed is “eventually going to compile that information and use it to inform where their ads should go and who should see their ads.” If they’re not doing so already, Facebook and BuzzFeed will almost certainly talk to one another about your responses, your results, and your preferences.

For my own part, as a graduate student who takes more than her fair share of BuzzFeed quizzes, I can’t help but wonder what the French philosopher Michel Foucault would think about them if he were still alive. If you don’t know who Foucault is, I’ve got you covered. Picture a nerdy, slightly younger version of Mr. Clean—except twice as smart and just as gay. Foucault also wrote some widely read philosophical texts in the ’70s and ’80s about prisons, surveillance, and sexuality.

In his most popular book, The History of Sexuality: Volume One, Foucault describes a fundamental shift in our understanding of our own subjectivity as sexual beings. Over the past two centuries, he argues, we’ve been engaged in the “nearly infinite task of telling” the truth about ourselves through the lens of our sexuality. In other words, we’ve come to believe that our sexuality is the deepest, most revealing fact about ourselves, and we’re obsessed with sharing it.

If you don’t believe Foucault, watch the video for Katy Perry’s “Firework,” which essentially depicts sexuality as an inner secret that must literally be ejected out of your breasts. Or listen to Diana Ross’ “I’m Coming Out,” a song that uses the same metaphor. Or try Gloria Gaynor’s “I Am What I Am.” Any gay anthem will do, to be honest.

We didn’t just start blabbering on about the secrets of our sexuality because we felt like it; Foucault argues that we’ve been incited to speak about sex by religions and governments so that they can more thoroughly regulate our behavior. Religions gain access to a new field of sin to detail and punish; governments can monitor birth rates and marriages while attempting to control public health.

BuzzFeed quizzes work in exactly this same way. They appeal to us because we believe there is something deep inside ourselves, some interior truth that needs to be excavated and shown to the world. We might be tempted to think that we’re learning something about ourselves by taking BuzzFeed quizzes, but in actuality, we are just giving BuzzFeed and its affiliates more power to tailor their advertising to our interests and to regulate our purchasing decisions. I know I should live in Oregon, sure, but now BuzzFeed knows that they should try to sell me pickling jars and unicycles so I can fit in when I move to Portland.

Random trivia about ourselves isn’t the same thing as sexuality, to be sure. But what if, in our social-media-driven society, the overwhelming, gluttonous mass of trivial bullshit that is the Internet has started to overtake sexuality as the most important marker of our identity, or at least our virtual identity? What if we’re starting to believe that our resemblance to secondary Harry Potter 21st century shift in our understanding of ourselves in order to sell us things that shore up our identities as television-watching, Twitter-using, fashion-obsessed social media mavens.

I’m certainly not going to quit taking them myself. How else am I supposed to know which outrageous sexual act I should try next? And if Foucault were surfing BuzzFeed, maybe he would want to know which Mean Girl he was. My guess: Gretchen Weiners.

Samantha Allen is a doctoral fellow in the Department of Women’s, Gender and Sexuality Studies at Emory University. In addition to writing regularly for the feminist gaming blog The Border House, her writing has also appeared on Salon, Jacobin, Kotaku, and First Person Scholar. You can find her on Twitter at @CousinDangereux or on the Web at www.samanthaleighallen.com.