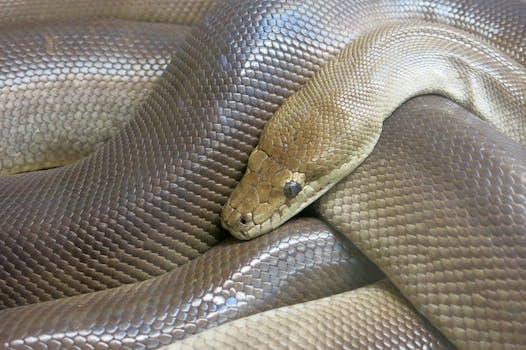 Maine town is on the lookout for a giant, beaver-eating snake

It could be anywhere.

Maybe you’d imagine that life in the sleepy suburb of Westbrook, Maine, is nothing too exciting. That people’s problems there are of the small and ordinary sort. That there’s little to worry about from day to day.

Well, you’d be goddamn wrong. Because the Westbrook police have asked citizens to keep an eye out for a 10-foot-long, beaver-eating python.

Yes, given that the WPD is “not joking” about finding and capturing “Wessie,” the scaly creature has captured the attention of the locals, who have been vigilant and somewhat on edge since learning about her.

Found some kids down at the Riverbank Park fishing for fish…But mostly #Wessie the snake. Live report at 5 @WGME pic.twitter.com/AI6cFPzIsm

Naturally, Wessie already has her own social media presence as well.

But easily the best thing to come out of this? Lots of small-town Facebook arguments about the best way to handle Wessie. Shockingly enough, some people think it should be shot on sight, but the WPD explained why that might not be the best course of action. 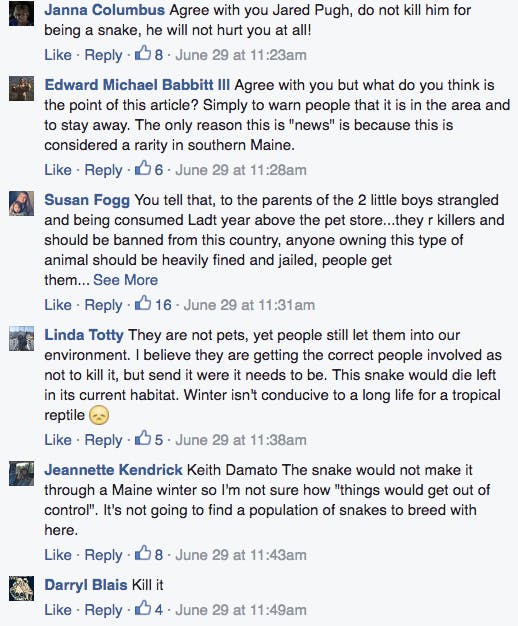 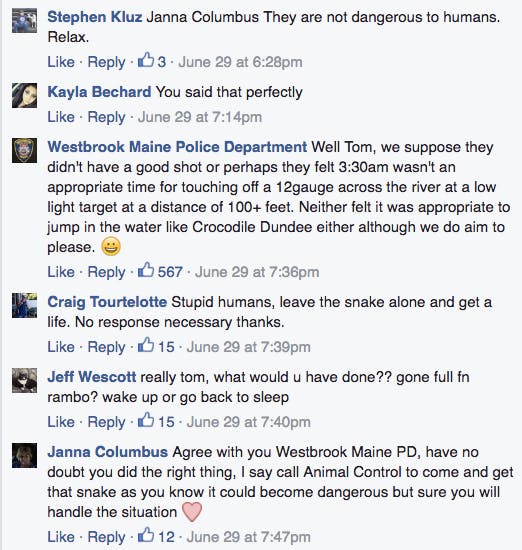 Dunno about the rest of you, but I’m hoping Wessie makes it over the border into Canada. Way fewer guns and plenty of beavers up there.