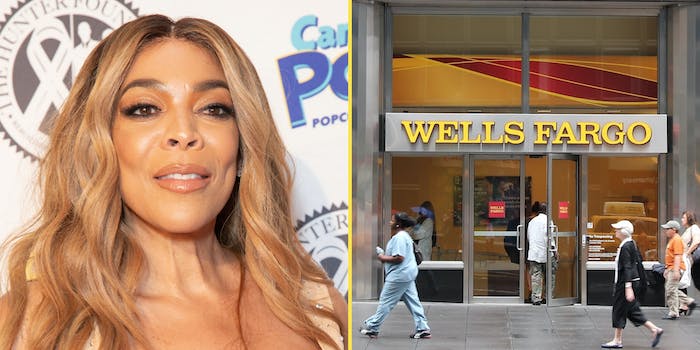 ‘We have got to show up for Wendy Williams like we showed up for Britney’: People raise the alarm about host’s legal battle with Wells Fargo

People on Twitter urged others to take the case seriously.

Talk show host Wendy Williams is in the midst of a legal battle with Wells Fargo over the control of her finances, a fight that some are comparing to Britney Spears’ conservatorship as they showcase its potential negative impact.

Earlier this year, Wells Fargo froze Williams’ bank accounts and filed a petition for temporary guardianship, arguing that Williams was the “victim of undue influence and financial exploitation.” According to Williams’ attorney LaShawn Thomas, the freeze occurred after Williams tried to switch banks due to a former financial advisor improperly handling her accounts. Williams has argued that she’s capable of handling her own finances, and in a signed affidavit submitted to the New York Supreme Court, Wells Fargo has denied her access to her money, a move that had the potential of her defaulting on payments.

In a video posted to Instagram in March, Williams also alleged that a former doctor sent medical information to her former financial advisor.

“This is not right, and certainly this is not fair,” she said.

In May, a financial guardian was placed to handle her finances.

“Wendy doesn’t agree with a financial guardian being appointed,” Thomas told The Hollywood Reporter in May. “If it’s the court’s intention to have one appointed over her affairs for the long haul, she definitely isn’t going to accept that.”

While several reports have emerged detailing some of the particulars surrounding Williams’ case, it gained more traction online in the past day or so. As @LexxMoves argued, it’s a case with potential implications beyond what will happen to Williams’ financials.

“What legal precedent is that setting?,” she said. “This shit mad serious and has even scarier than Britneys stuff and it seems no one cares and we should care. We should care.”

People also highlighted many of Wells Fargo’s previous transgressions against customers (on top of its current legal battle with Williams) to argue against using Wells Fargo.

And while the particulars of Britney Spears’ conservatorship differ from the financial guardianship that Williams is currently under, some saw parallels between how both women have been deemed incapable of handling aspects of their own lives—an assessment that Williams previously agreed with.

The temporary guardianship is set to last until July.