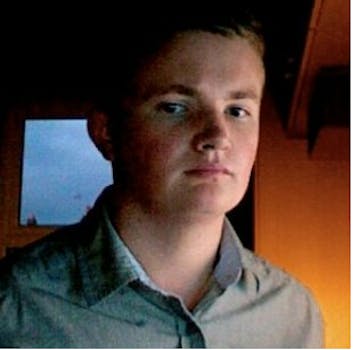 Callum Haywood’s not trying to expose. He’s trying to inform.

“I am a Facebook user, and the site’s privacy settings, if you actually look at them, are very good,” the 18-year-old web developer from the United Kingdom told the Daily Dot. “I’m not sure if people actually have the mind to change their Facebook posts off the public setting.”

Haywood is the recent creator of We Know What You’re Doing, a website he built to show Facebook users just how accessible the information they post to the site can be.

Using Facebook’s public graph API, Haywood built a site that scrapes Facebook posts from people posting their phone numbers, complaining about their jobs, and admitting to drinking and taking drugs. A typical post on the site will read like this one from Natasha A., detailing the repercussions of her night out on the town:

“Soooo ready to come home, Tired, hungover, swollen feet, spendin all. Night in hospital, a few fights with some lassies and ate cardboard pizza and greasy chips!!!! ALL YOLO’D OUT!!”

“The response so far, bearing in mind the site has been online for less than 24 hours, has been 99.9 percent positive,” Haywood said. “The 0.1 percent is about two comments, one person saying ‘What gives him the right to do that?’ The other comment was an email I got that read, ‘Being a teenager, you are essentially retarded. Stop telling adults what to do,’ which I think shows a lack of understanding about what the site is aimed to do. It’s a serious matter, and most people seem to understand that, which is good.”

That doesn’t mean that Haywood is done tweaking WKWYD. Just this morning, he recoded the page to conceal last names and add a bit of ambiguity to the phone numbers that show up on site. He also removed the links to people’s profiles that used to show up under each post.

“I thought some people might have an issue with the names and phone numbers,” he said. “I don’t want to be responsible if someone sees a post and then another person loses their job. Is it my fault because of the web site, is it Facebook’s fault, or is it the person’s fault for publishing that information?”