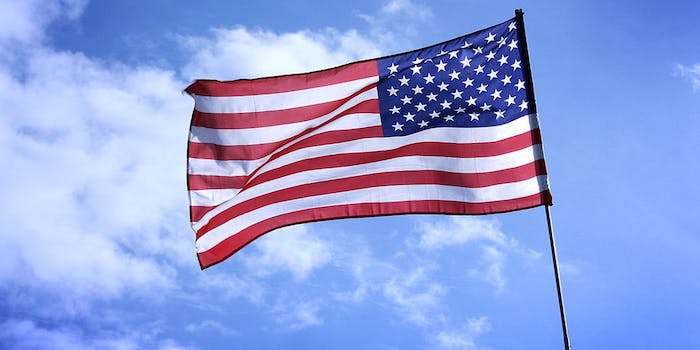 What could be more patriotic than this?

Good morning, America! It’s a beautiful day in the land of the free and the home of the brave, and that means celebrating your great nation in the most patriotic way possible: by watching a bunch of kids act like adorable little doofuses at Walmart.

YouTube user Mark Ammann stumbled across a group of children bawling the national anthem into a row of fans at Walmart. Because if there’s one place in America that best reflects our patriotic spirit, it’s Walmart.

These kids’ performance is truly a masterpiece. Just replace the Super Bowl halftime show with this and save a whole bunch of money, America.

Photo via frydolin/Wikimedia (CC BY 3.0)