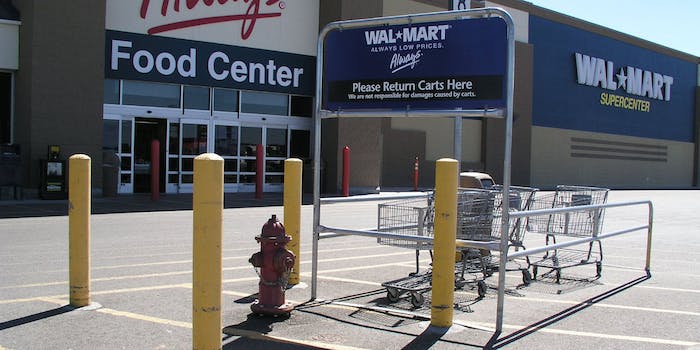 Walmart fireworks aisle explosion is Fourth of July at its best

This Fourth of July, the internet acknowledged American independence in the most “America in 2o16” way possible: by retweeting a video of an entire Walmart fireworks display catching fire and going up in a sparkly explosion. Wooo! ‘Murca!

But the explosion, at a Phoenix, Arizona, Walmart store, went down about two weeks ago. And before Twitter picked it up on the Fourth, it had already been seen millions of times on popular fight-video emporium World Star Hip Hop.

The story behind the explosion is every bit as dumb as you think. Police believe two men and one woman, seen on security video leaving the aisle before it blew up, set the fire intentionally. The Arizona Republic reported the store was filled with smoke from floor to ceiling and had to be evacuated. Firefighters stopped the blaze from spreading to a nearby aisle full of charcoal, lighter fluid, and propane.

Security cameras caught two of the people of interest in the case sharing a fist bump as they walked away just ahead of the free indoor fireworks show.