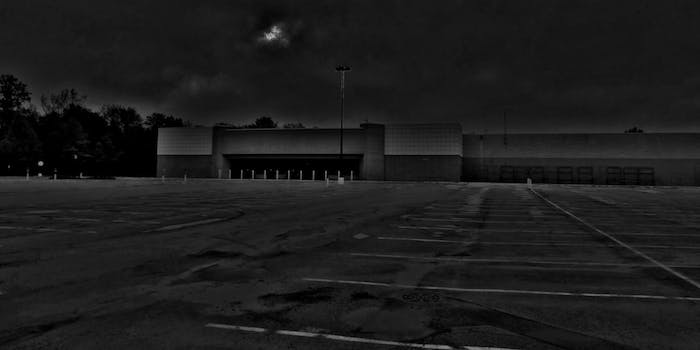 Can Walmart become an agent for social change?

#BoycottIndiana had a huge impact on the nation's largest retailer.

Unless you’ve been living under a rock (or perhaps in Ted Kaczynski’s old cabin), you are probably aware of the new law in Indiana making discrimination based upon sincerely held religious beliefs permissible. The law, though similar to those on the books in many other states, is worded in such a way as to allow establishments to choose whom to serve. Predictably, those on the far right lauded the measure while those on pretty much any other part of the spectrum condemned it, with a hashtag #BoycottIndiana trending to oppose the bill. In response to enormous public pressure, the state did pass a fix for the law, in theory eliminating the possibility of using religion as a reason to discriminate.

Flying almost completely under the radar, Arkansas was set to pass a nearly identical measure. You remember Arkansas, home to not much of anything beyond corporate giant Walmart Stores, Inc. Walmart happens to be the largest private employer in the world, known for their low prices, hardcore corporate efficiency, super low wages, unhappy employees, anti-union stances, and suddenly progressive position on diversity and inclusion.

We’ve come to expect many corporations to become involved in politically divisive issues. Apple, Google, and Tesla are all high profile companies that have taken a stand on hot button issues. In the past, Walmart has coversely been content to lurk in the shadows, exerting little to no influence publicly. This isn’t the same company Sam Walton founded decades ago, focusing only on low margins, low prices, and high volume. Times have changed, and Walmart is finally beginning to change with them.

Walmart is big on an almost incomprehensible scale, and change on that level is nearly impossible to manage quickly. Twitter has obviously helped the behemoth to voice its opinions on topics like Indiana’s RFRA and the pending legislation in Arkansas just like it. They’ve been active politically for quite a bit longer, however. As far back as 2006, the company came out in support of the renewal of the Voting Rights Act and even joined the Gay and Lesbian Chamber of Commerce for a short period of time. (Intense pressure from the religious right ended the partnership rather quickly.)

Times have changed, and Walmart is finally beginning to change with them.

Don’t get go assuming there will be a monumental shift in policy and practice within the company. Walmart is still staunchly against union representation for employees. They’ll tell you they believe employees can speak for themselves and do not require a union to voice concerns. The reality is that a united front of employees demanding better wages and benefits is a scary prospect for a company so large. Without a doubt, there are still issues to resolve, but the company is coming around. Even supporting traditionally liberal concepts, Walmart Stores, Inc. is still primarily concerned with maintaining the bottom line.

Step back for a moment and imagine a cashier refusing service to a customer in line who is clearly gay, lesbian, or transgender on the basis of their religious beliefs. Now, instead of just one cashier, envision that happening several times per day in stores all over the country. Situations like that are not only disruptive for a business that relies upon continuity and routine to keep labor costs down, but expensive to overcome.

Walmart is not an evil entity looking to become the corporate overlord of the New World Order (at least I hope not). They are first and foremost a business interested in profits and losses, satisfied shareholders and overall market share. Everything else, including charitable donations (The Children’s Miracle Network), disaster relief (Hurricane Katrina efforts), and political posturing and maneuvering are tools to be wielded in an effort to further their profits. Walmart knows better than anyone that good PR goes a very long way toward covering up other shortcomings. If you can make people feel good about shopping in your stores, you can win the battles against your competition.

Walmart is not an evil entity looking to become the corporate overlord of the New World Order.

Since the Citizens United decision a few years ago, corporate money has flooded politics in the United States. The average citizen holds the not entirely incorrect perception that elections are no longer won, they are purchased.

If we hold that as truth, it becomes all the more encouraging to see companies like Walmart stand up on the right side of social issues. With corporations being treated as citizens in the eyes of the law, we as a society must absolutely ask them to use that title responsibly. By standing up for alienated segments of the population, Walmart and companies like them have taken an important first step.

Let us all hope for continued progress and more responsible stewardship as time makes its inevitable march onward. Can a shift in culture remake Walmart as an agent for social change? Let us all hope so.

This article was originally published on the Good Men Project and reposted with permission.

Photo via NicholasEckhart/Flickr (CC BY 2.0)