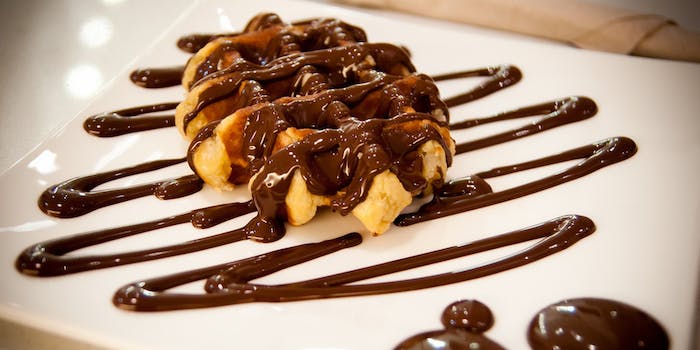 If you want to be patriotic in lieu of the U.S. World Cup match against Belgium on Tuesday, you might have to cut out a staple from the breakfast menu.

Waffle House, one of America’s premier waffle-based establishments, is in support of boycotting Belgian waffles leading up to the faceoff between USMNT and Belgium Tuesday at 4pm.

We don’t believe in Belgium waffles

The call to support the U.S. was an easy one for the establishment.

The American waffle, according to representatives, is slightly different than its European brethren with a smaller grid pattern and creamier flavor.

Of course, boycotting Belgian waffles is incredibly easy for Waffle House, which doesn’t offer the Belgian dish on their menu. So, you’re still perfectly fine to go to your local Waffle House and stuff your face with waffles in the name of freedom. And just in case you you weren’t sure, the company Twitter reaffirmed its anit-Belgium (waffle) stance for followers and fellow waffle enthusiasts.

Now, if we somehow end up facing France in the finals or the third place match, we’re certain at least a few Americans will have mixed feelings about a French fry boycott. Or, you know, we could just rename them again.