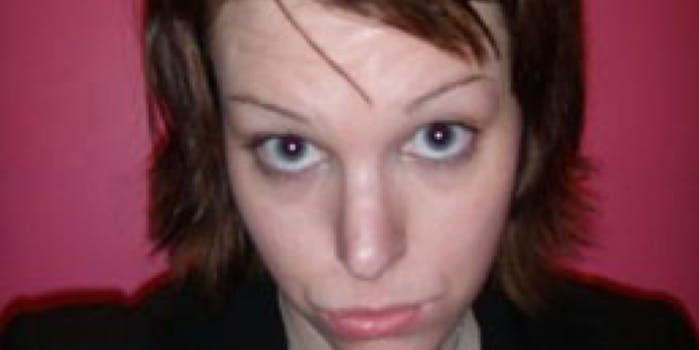 The truth will set you free—or get you committed.

A mommyblogger with multiple aliases and the byline “Katie Vyktoriah” had a runaway hit on her hands with an outraged post about how a man in Walmart yanked a pink headband off her 2-year-old son, called him a homophobic slur, and said he would get shot one day. Websites from Gawker to the Huffington Post to Reddit took the story and ran with it.

Trouble is, nobody knows if it’s true.

Since the anecdote exploded across the Web, the Huffington Post has removed its credulous take on it, which garnered nearly 12,000 comments, explaining the move with an editor’s note:

In a post published last week, an author described witnessing an incident that is now being investigated by local law enforcement. At the blogger’s request, we have removed the post. We have also confirmed with investigators that they are in contact with the author.

Meanwhile, Vyktoriah’s own site, A Mother Thing, is “temporarily closed,” as it’s “currently experiencing an overwhelming level of traffic and has shut down the servers.”

“I have put the site in maintenance mode for a little while so that I can get it back up and running,” Vyktoriah wrote, adding, “Please try back again soon. Sorry for the inconvenience.” Vyktoriah’s Facebook page, where she apparently first went to vent about the alleged incident, also appears to have been removed. Even her Twitter and Pinterest accounts have been scrubbed.

Vyktoriah went into blackout mode only after some Internet sleuths began to question the veracity of her account, in which a burly, bearded, beer-scented stranger in a camo shirt approached her and her two young sons in a Florida Walmart:

With no notice, the man stepped forward, grabbed the headband off of Dexter’s head and threw it to the bottom of our shopping cart. He then cuffed Dexter around the side of his head (not hard, but that is not the point) and said with a big laugh, “You’ll thank me later, little man!”

At the same time as I stepped forward, Dexter grabbed his head where the man had smacked him and threw his other hand forward, stomping his foot and shouting, “NO!” I got between my son and this man and said very firmly, “If you touch my son again, I will cut your damn hands off.”

The guy snarled at me, looked at Dexter with disgust and said, “Your son is a f*cking fa***t.” He then started sauntering out, but not before he threw over his shoulder, “He’ll get shot for it one day.”

By her own admission, Vyktoriah went to Facebook, Reddit, and her own blog instead of the store managers or local law enforcement, claiming that since hers is a tourist town, the man could have been “anyone from anywhere.” That a supposedly enraged mother didn’t report the matter to authorities struck redditors as suspicious, and when they began to ask questions, Vyktoriah deleted her account there.

Other details about her story also struck readers as odd—that other shoppers apparently didn’t react, for one. Then there’s the photo of Dexter wearing the headband that Vyktoriah had to foresight to snap right before the alleged assault. Many commenters were interested to see if Walmart’s security cameras would bear out her version of events. 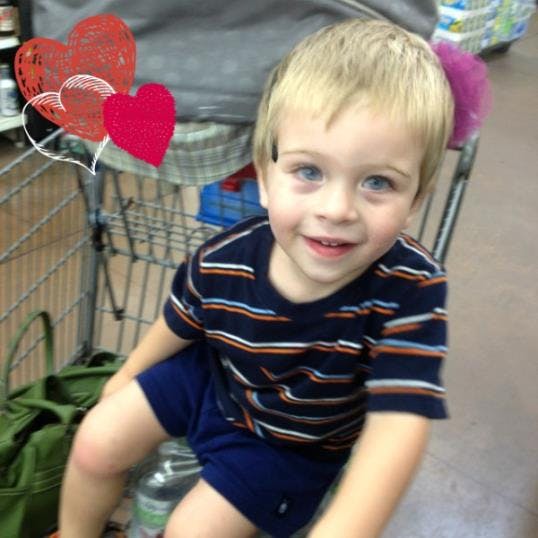 Under mounting pressure from all sides, Vyktoriah appeared to snap. Get Off My Internets, following the now-defunct A Mother Thing page on Facebook, detailed her breakdown:

Saying her milk supply was drying up and that she was receiving “threats of pizza deliveries to my house,” she closed down her site. 30 minutes later Katie claimed to be on the phone with the sheriff’s department “waiting for them to show up.” Despite a fatal car crash that closed down roads for two hours, according to her a deputy arrived, took a report, and left within an hour of her call.

Carpenter told deputies, according to the report, “that the attention obtained by her story and the negative comments and communications to her had become too much stress and she could not handle the situation… anymore,” and was thinking of killing herself.

At that time, she was taken into custody by the Polk deputy under Florida’s Baker Act, which allows law enforcement to hospitalize people for mental-health evaluation.

She was released after a short observation, following which she was again asked about the investigation into her story—which could end in a battery charge for the man accused.

Asked Tuesday if she made up the story, Carpenter responded with a firm no. But she doesn’t care whether deputies find proof in the Wal-Mart surveillance footage.

That certainly sounds like the remark of someone caught in a massive lie. Carpenter (or Vyktoriah) has certainly made some striking claims in the past—she’s said she was the victim of multiple attempted kidnappings, almost died in both a train crash and 9/11. Before she was Baker Acted, she did speak to her on-and-off relationship with the truth in a comment on Get Off My Internets.

Of a previously published list of facts about herself, she wrote, “much of that … was tongue in cheek to drag out some of my sillier stories into much bigger dramas than they were.”

A textbook recipe for pageviews, it would seem.

Photo via A Mother Thing