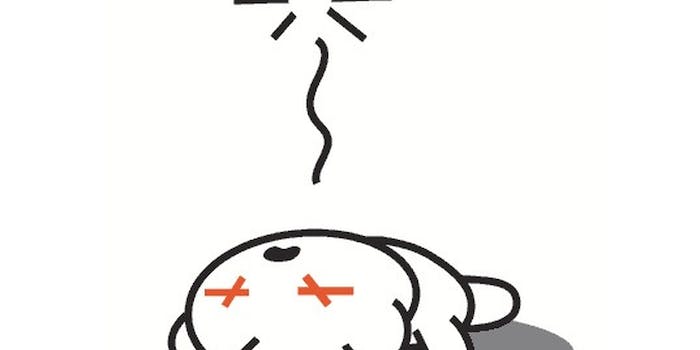 Violentacrez, r/ShitRedditSays, and a seismic shift in how the Internet deals with nastiness

Adrian Chen’s big exposé on Reddit’s violentacrez is proof that r/ShitRedditSays is winning the propoganda war over Reddit.

Tech pundits are calling Adrian Chen’s big exposé on Reddit’s violentacrez the “best story” on the Web this year. The piece unmasked the real identity of one of Reddit’s most notorious trolls, launched an “inter-website war,” and touched on critical issues connecting our digital and physical lives: privacy, confidentiality, and online identity.

But Chen’s piece is far more important than its ostensible purpose of outing an infamous Internet troll. It’s one big part of a seismic disruption on Reddit and the Internet at large—a direct result of a years-long cultural war that pits women and minorities against the Internet’s nasty side.

Or, to put it the way redditors will understand: r/ShitRedditSays is totally winning.

If you’re not familiar with r/ShitRedditSays (often shortened to SRS), it’s a buzzing forum on the social news site that attempts to turn the table on purveyors of Internet nastiness. It’s a controversial place because of its abrasive tactics: If SRS thinks you’re a shit-spewing jerk, you will damn well hear about it. Creators joke that they’re out to destroy Reddit—or, at the very least, r/MensRights, where men commiserate over their supposed diminishing rights.

The subreddit bears much of the responsibility for Reddit’s most notorious PR debacles. SRS coined the term “Reddit bomb,” which is essentially an anti-Reddit PR blitz—a letter that forum members send out en masse to all types of news media, from local outlets and mainstream TV to Gawker. The subreddit has launched two bombs thus far, each aiming to paint Reddit as a den of creeps and pedophiles, with an abusive status quo enabled by the laissez-faire attitude of the site’s staff.

About a year ago, the group’s first attack singled out r/jailbait, violentacrez’s most notorious forum, where more than 20,000 people once ogled at pictures of scantily clad teens lifted from Facebook profiles or video chats. It didn’t take long for Gawker and then Anderson Cooper to take notice. After months of tumultuous debate that have only been matched by the recent Gawker drama, Reddit finally banned r/jailbait and the “sexualization of minors”—a major rule change the likes of which Reddit had never seen.

The second Reddit coup may be the subreddit’s greatest victory, however.

You can trace the origins of Chen’s article all the way back to Sept. 17, in fact, when SRS moderator ArchangelleDworkin posted bomb version 2.0. While this particular PR blitz targeted a broad swath of the site’s seedier side, r/CreepShots quickly stood out as the nastiest of the bunch.

Soon enough Gawker network site Jezebel profiled the subreddit, while other media followed suit, including The Guardian, The Daily Mail, and The Toronto Sun. When violentacrez joined r/CreepShots as a moderator, Chen decided it was time to finally write a piece that he’d been mulling for over a year. He knew violentacrez’s identity thanks to a tipster friend. And now violentacrez had jumped right into the spotlight all over again. It was the online troll’s fatal mistake.

SRS and its relationship with the Reddit community at large is incredibly complicated, and there are thoughtful people who agree with SRS’s attitude if not their fight-fire-with-fire tactics. Redditors commonly criticize the place as a den of politically correct “thought police” and trolls and its Reddit bombs as unfair, sensationalized characterizations of Reddit as a whole. Others worry about a potential slippery slope, where SRS lights more Reddit bombs and launches devastating witch hunts against redditors solely for their opposing, controversial opinions.

The outside world—where the discussion has jumped thanks to Chen’s article—isn’t concerned with the average redditor’s critiques of SRS, however. And this is key. No one outside Reddit cares that SRS is allegedly “censoring” politically incorrect opinions with downvotes, or that they also allegedly derail discussion threads. And the outside world certainly doesn’t care about the pseudonymous Internet’s nuanced opinions about the ethics of doxing (revealing a Web user’s real identity—something that, by the way, r/ShitRedditSays officially opposes, too).

To the mainstream, which simply can’t be bothered by Reddit’s political and structural dynamics, all that matters is this: r/CreepShots and r/jailbait, two reprehensible forums, are gone. And what the non-Reddit world will remember, whether accurate or not, is that Reddit banned Gawker to protest the stories and that its users appeared to take the side of a notorious Internet troll over exploited women and children.

In the mainstream’s cultural memory—the place that really matters in the long term—Reddit at large looks pretty bad, its positions almost indefensible.

These battles are part of something more, a movement to take on the Web’s nasty side and clean up all the sewage. Forbes’ Deanna Zandt put it best in her must-read article, “The Tyranny of Anonymity, Reddit and the Future of Your Body Online“:

What for me is ultimately one of the most critical pieces in all of this discussion is that the level of intolerance for misogyny, racism, homophobia, abuse and much more online seems to be finally reaching a boiling point for many, especially women. We are seeking out and building actionable tools to level playing fields and hold abusers and exploiters finally accountable for their behaviors, online and off. I’ve been on the Internet since 1994, and have slogged through some of the worst of those behaviors, while also having the delight to celebrate the best. Now that we have the means, many of us are taking the Internet’s long-standing insidious toxic culture by the horns and figuring out, sometimes clumsily and dangerously, how we can change it–and the wider culture that informs it.

On Reddit, the group taking things by the horns is SRS. And it’s winning the propaganda war. That doesn’t mean the problems the group targets are solved or even close to being solved. But it does mean that people are listening.