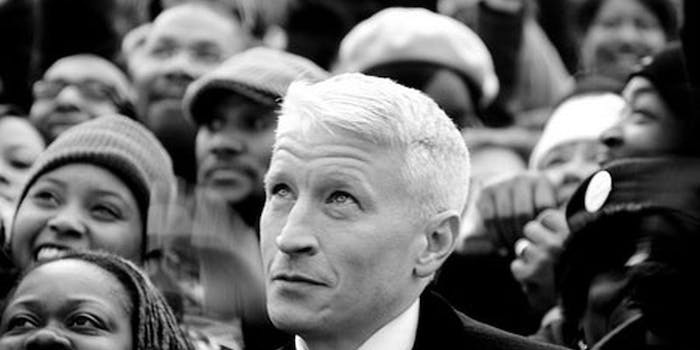 Face to face with Anderson Cooper, the notorious troll says he did it for the karma points.

The man behind some of Reddit’s most reviled forums, including one dedicated to images of dead children, has apologized for his trolling ways.

In an interview scheduled tonight on CNN with Anderson Cooper and Drew Griffin, Michael Brutsch, better known as violentacrez on Reddit, apologized for creating or moderating shock groups like r/incest, r/nazi, and at one time, r/jailbait. Brutsch explained his reasoning in an excerpt posted on CNN:

“Michael Brutsch: Well, I am to some degree apologizing for what I did. Again, I was playing to an audience of college kids. Two years ago, when all of this was at its height, the audience was appreciative and supportive of the sort of gallows humor that I put out there.

“Griffin: Did you get a thrill out of that?

“Brutsch:  Well, honestly, the biggest thrill I got was those meaningless Internet points.”

Those Internet points Brutsch refers to are known as karma, the internal mechanism for rating influence. The more karma a user has, the more influence and notoriety they have on the site. Brutsch had more than 948,000 combined karma points and was listed the seventh most popular user before deleting his account.

Brutsch was fired from his job at a financial services company Saturday after Gawker’s Adrian Chen revealed his identity in an exclusive interview. Speaking with Chen, Brutsch admitted not just to being violentacrez but to running some of the site’s more disturbing forums. The most infamous of these is r/jailbait, which featured sexually charged images of underage girls. The group was ultimately shut down after Cooper called out violentacrez on the air and criticized Reddit for not banning the subreddit.

A year later, Cooper has finally gotten the chance to meet the site’s most notorious user.

“Brutsch: The admins themselves.

“Griffin: The problem is, the kids, the teenagers, the pictures… weren’t yours?

“Brutsch: That is correct.

“Griffin: You didn’t know who those kids were?

“Brutsch:  No. And neither did anyone else.

“Griffin:  Those kids did.

“Brutsch: Well, they know who they are.”