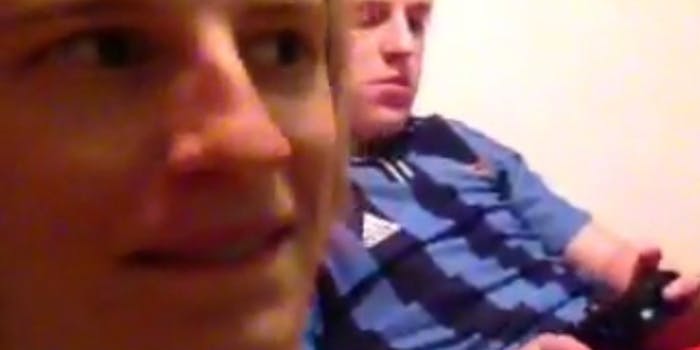 This guy trolled his friend by mimicking social media alerts

How well do you know your social media apps? Maybe not as well as you think, according to this viral Vine in which one friend trolls another by imitating the sounds of each of his most-used social networks.

Manfred Hanberg is a Swedish Vine user. Currently, he has a grand total of 600 followers on the social network, but today he’s won Reddit’s heart after one of his six-second pranks landed at the top of r/Videos.

Hanberg’s prank may be the most creative Vine prank we’ve seen in a while. While his friend obliviously watches TV, Hanberg tricks him repeatedly by imitating the notification sounds of Twitter, Vine, Facebook, and his phone’s text messaging buzz.

“Va fan!” (“What the hell!”) his friend gripes after the fourth successful dupe.

Most clever is the moment in which Hanberg enlists the help of a glass to give him the characteristic Facebook ping.

The video drew Reddit’s attention after making it onto YouTube’s “Best Vines” channel, where it promptly racked up 200,000 views.

Like most Vine pranks, this one could easily be staged. After all, most of Hanberg’s Vine videos seem to consist of him pranking his beleaguered roommate—hopefully with his cooperation: