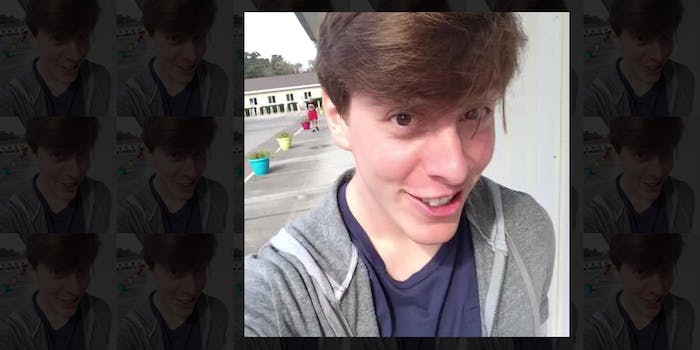 Everyone has a story, whether they want one or not.

Vine user Thomas Sanders has gained quite a bit of notoriety with his “Story Time with Thomas Sanders” series. In these vines, he approaches random people in public—be they friends or complete strangers—and, with his camera right in their faces, offers a live narration of what they are doing at that point in their day.

Now, some of Sanders’ best work has been collected in a single YouTube video, displaying a compilation of everyone that he has annoyed, confused, or simply charmed. While a few targets understandably have no idea what’s going on, others play right along.

Oh, to be that poor, almost-engaged girlfriend.