Narvell Benning, the western New York man whose video of a mother’s racist meltdown took the Internet by storm this week, has been doing an interview circuit in the wake of that encounter. Here, for example, he tells his side of the shocking story to Buffalo radio station WBLK 93.7 and promotes #OYAB, or Obviously Young and Brilliant—a concept (and clothing brand) he believes could instill a sense of equality in kids who may otherwise accept the notion of racial barriers.

With the overwhelming support sparked by his viral YouTube clip, Benning wrote in a blog post, his operation is now faced with a two-week backlog for new merchandise orders. But years before Benning became president of his own company, he apparently made his living in a very different line of work—and certain parties have come out of the woodwork to blast him for it. 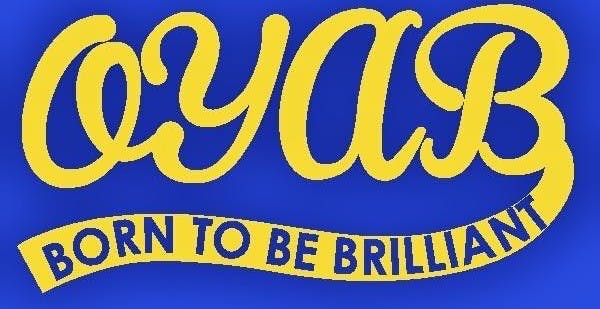 A Facebook page titled “Narvell Bennings [sic] Disturbing Past” is the most flagrant attempt at character assassination so far. “Narvell is a thug,” reads a typical post. “The Attorney General proved it. Now he is a self promoting, T-shirt selling, thug.” What the anonymous author repeatedly refers to—as if it excuses the actions of Janelle Ambrosia, the now-infamous N-word-spouting charmer—is Benning’s previous connection to a debt collection firm sued by the state. 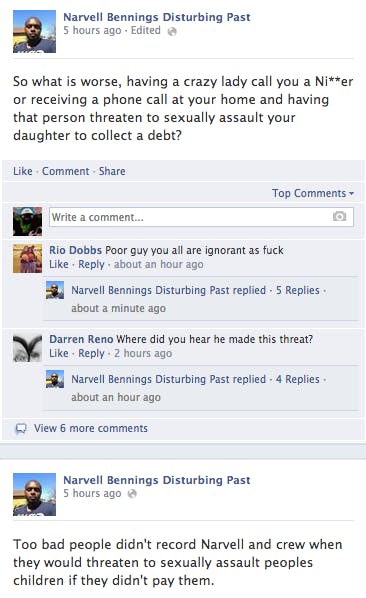 According to articles in Bloomberg, Crain’s, and other business journals, former New York AG and current Gov. Andrew Cuomo in 2009 sued to close the Benning Smith Group, the umbrella corporation for at least a dozen businesses run by Benning and two other men. At issue were about 1,000 consumer complaints that touched upon the “intimidating and sexually harassing tactics” Benning and his partners allegedly employed in seeking to collect routinely inflated debt payments.

This company made lies, threats and abuse their calling cards in their efforts to manipulate and take advantage of consumers already facing tough economic times. They did everything they could to demean and humiliate their targets, stooping so low as to sexually harass and verbally abuse individuals nationwide. My office will continue to protect consumers by making it clear that companies like this one will not be permitted to operate in the State of New York.

Benning and his associates were also accused of posing as law enforcement and threatening to jail people who didn’t cough up a check or money order. According to one complaint cited by the press, “a Benning-Smith collector kept repeating the name of a consumer’s daughter, describing various sexual things he would do to her unless the debt was paid.” Yet another collector “told a female consumer that if both she and her husband would engage in sexual acts with him, he would pay their debt himself.” But it’s not clear which if any of these reports trace back to Bennings himself.

At any rate, Cuomo’s investigation seems to have had the desired effect: The Bennings Smith Group was more or less wiped off the grid, and calls that the Daily Dot placed to its various branches led to pre-recorded messages about disconnected phone numbers. There’s every indication, though, that, professionally speaking, Bennings has since turned over a new leaf. And no matter what skeletons he has in his closet, two wrongs still don’t make a right.