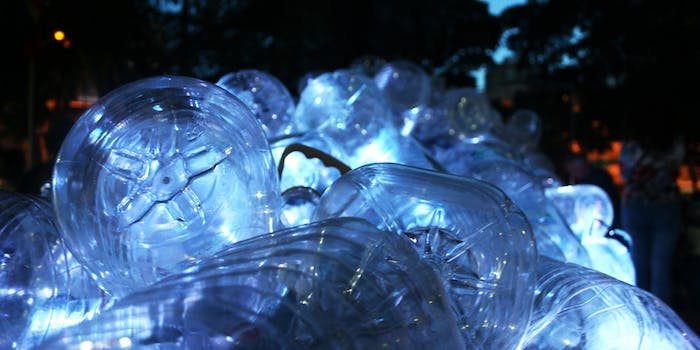 Venezuela moves to build its own NSA

President Nicolás Maduro signed a decree recently establishing the “Strategic Center for Security and Protection of the Fatherland.”

In the eight months since the death of Venezuelan leader Hugo Chávez, his inheritors have kept faith with his commitment to restricting the speech of critics.

On Sept. 30, President Nicolás Maduro signed a decree establishing the “Strategic Center for Security and Protection of the Fatherland,” or CESPPA, which will “coordinate, organize, and elevate our capacity to recognize and overcome, before it happens, any plan against the country.”

According to the Committee to Protect Journalism, it’s “part of a renewed effort to centralize intelligence information” and seems to be analogous to the U.S. National Security Agency but with a more overt domestic agenda.

Political opponents called the measure unconstitutional and media analysts described it as an attempt to intimidate journalists and give greater power to those in the government who wish to censor the news.

CESPPA replaces the National Center of Situational Studies, or CESNA, an agency with a similar mission but a much lower public profile.

Venezuela’s constitution guarantees freedom of speech and freedom from prior censorship. The only allowable exception to this must be sanctioned by the National Assembly. However, Article 9 of the decree gives the head of CESPPA the power to censor information. Because this is a presidential decree, it appears to be in clear contradiction to the constitution.

Hugo Pérez Hernáiz, on the Venezuelan Politics and Human Rights Blog, noted that the Alliance for Freedom of Expression argued that the National Assembly should remain in charge of “promulgating a law that regulates issues related to classification of secret or confidential documents, according to international standards of human rights and following an open debate with the participation of diverse sectors of society.”

The decree describes CESPPA as a quasi-military organization that reports not to the state but to the president and answers to the “Political-Military Direction of the Bolivarian Revolution,” as the social movement championed by the governing United Social Party is known.

CESPPA will be headed by retired Army Gen. Gustavo González López, the former secretary of the Intelligence and Security Unit of the Electric System, the national electricity grid. The grid has seen repeated blackouts over the last few years, which the government often calls, with little or no publicly disclosed proof, sabotage.

The latest instance was around the time of the decree, when Maduro expelled three U.S. diplomats, including the acting head of the American mission, for allegedly attempting to “destabilize” the grid.