And what if your beloved says 'No'?

For years, the Internet has made once-arduous tasks like ordering food or connecting with old friends as simple as clicking a button, so it was only a matter of time before we had a website that helps you propose to your significant other. No one ever has to have an original romantic thought again. No one ever needs to listen to the dreams and desires of their partner—because Vashi has created the most personally impersonal way to create special moments with your to-be-betrothed.

“The moment when you propose should astonish, outstand and amaze your partner,” Vashi’s homepage explains. (How do you outstand a person? Knock them over? Whatever.) “From unexpected flash mobs to romantic picnics,” the copy continues, the site will allow you to “tailor your magic moment to your beloved” by way of reductive questions about how much you’re willing to spend on the scenario and your partner’s personality.

We decided to generate a few of Vashi’s expensive ideas in order to evaluate their spiritual worth—and how much bang you get for your buck. 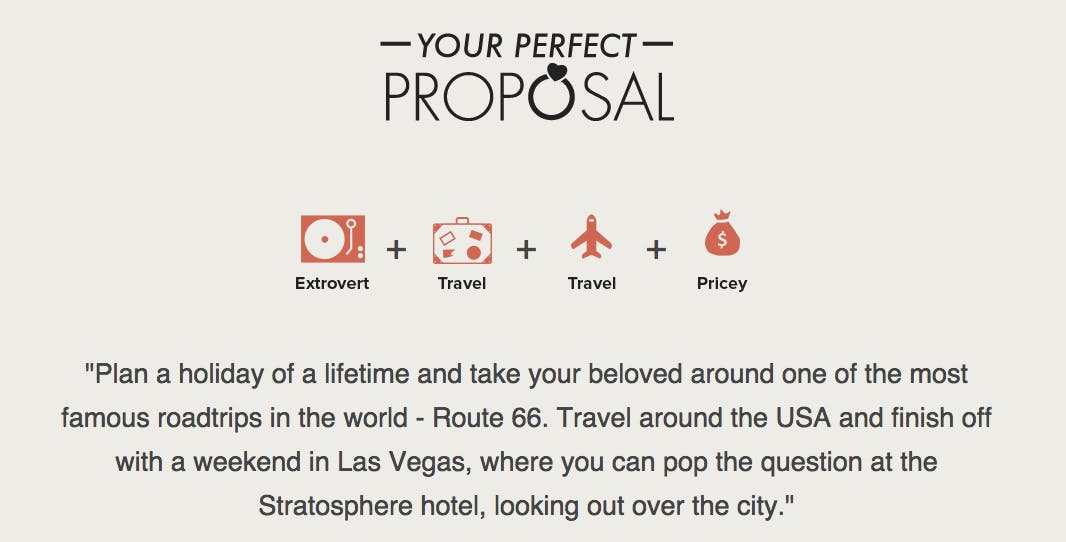 What could be more romantic than a 37 hour nonstop trip from New York to Las Vegas in the the dead of winter? Absolutely everything! If this hellish journey trapped in a car with a partner doesn’t entice you, you’ll be pleased to learn that The Stratosphere hotel is an exquisite, three-star hospitality destination. The best room available during the holidays is the grand suite which runs $79.99  a night. It’s the perfect place to tell your significant other that most marriages end in divorce.

~$244.08 driving with no stops, food, or water (x 2 because it’s round trip and you want to get home unless this was an elaborate plan to kill your significant other) + ~$79.99 (x 3 nights you can bear to stay at Stratosphere ) = ~$728.13 for the opportunity to destroy your marriage before it even starts.

Admittedly, Admont Abbey Library and Wiblingen Monastery Library are breathtakingly beautiful. Your proposal will be straight out of a Disney Fairytale, complete with you as Beast, forcing your partner to rely on books to provide the lasting memories you should have. We must warn you that in the real Beauty and the Beast, Beast is abandoned for another man and dies of a broken heart. Sad, yet the perfect tragedy for introverted bibliophiles like your potential fiancé(e). Maybe s/he will be inspired by the violent ending, maybe s/he will be pissed you took them across the world just to look at books in a foreign language, or maybe it’ll be all worth it and you’ll find love. The first two are far more likely than the latter. 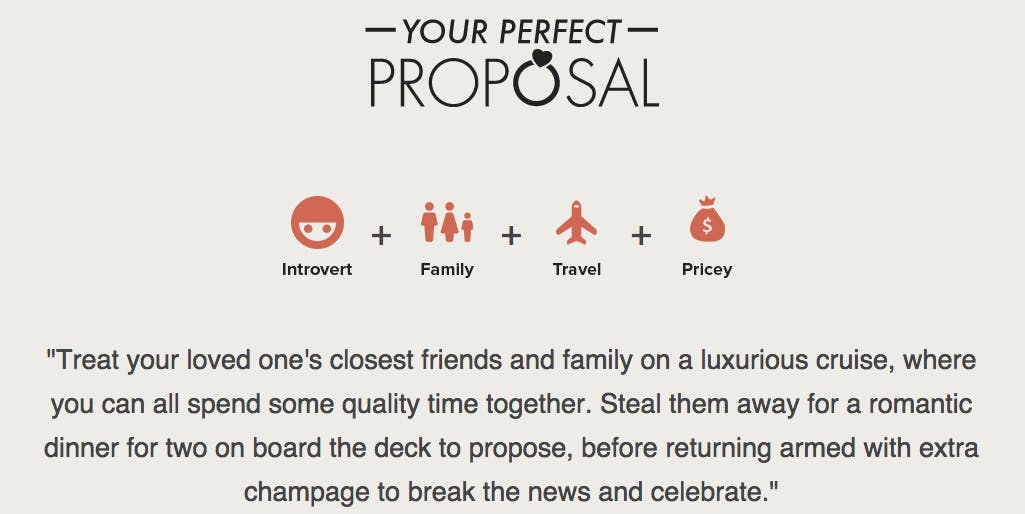 Cruises… or should we say deathtraps of the sea! Ignoring all the cruise disasters that have killed hundreds of people, surprise cruises are a great way to tell your loved one that you don’t care about their health. If you’re able to stave off seasickness, pirates, and icebergs, cruises also provide great opportunities to propose to someone if you know they’re going to say no. They’re absolutely stuck, which will give you enough time to threaten a better proposal. Remember, anything can happen at sea. 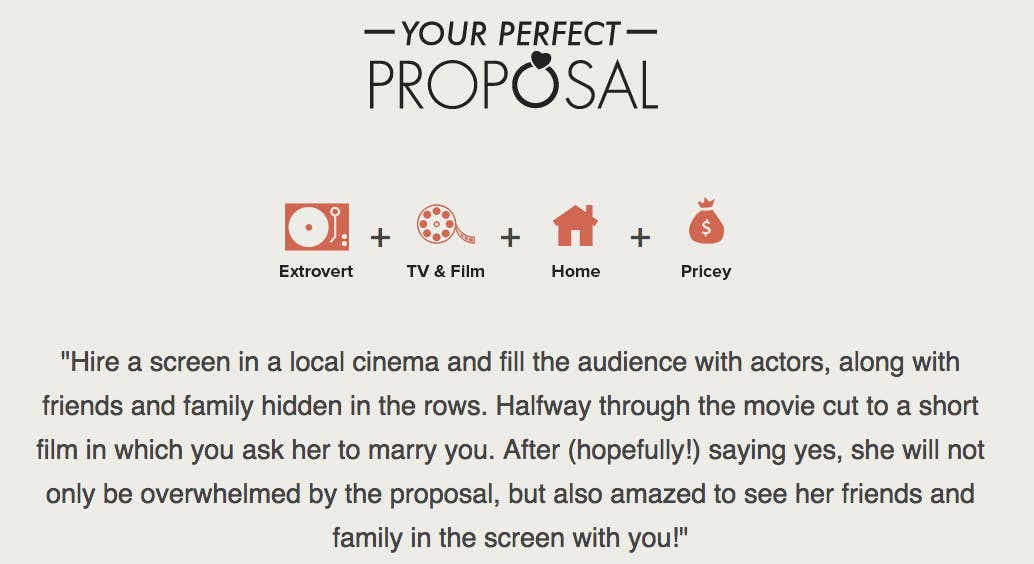 We have no qualms about this. It’s safe and simple. Best of all, it gives you, presumably an eccentric billionaire, the opportunity to support starving artists. Nothing could be more personal than surrounding your soulmate with strangers being paid to give a fuck. Even better, you get to prep your independent film career, which will catapult your love into overwrought YouTube proposal stardom.