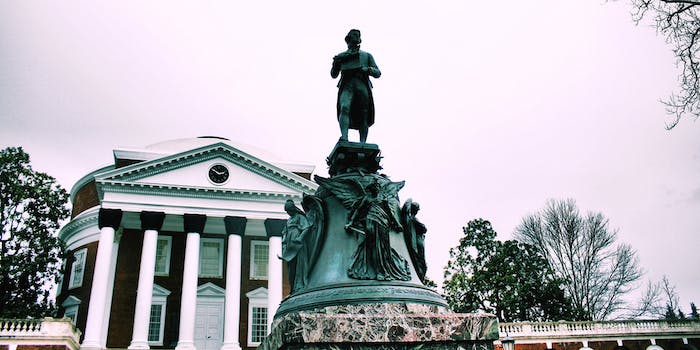 There were failures on both sides.

Emails released under the Freedom of Information Act (FOIA) between Rolling Stone reporter Sabrina Rubin Erdely and officials of the University of Virginia pinpoint how the resulting feature—and its eventual controversy—unfolded.

Two critical factors, both confirmed in the emails, were at the heart of the report’s eventual firestorm: (1) UVA officials were intentionally slow to field requests from Erdely, childishly protective of their school’s outgoing message, quick to reschedule critical interviews, and intentionally tried to change Erdely’s reporting; (2) Rolling Stone did not sufficiently dig into the narrative it was waging its story on.

As Jezebel notes, there is no email record of Erdely and UVA discussing Jackie (the name used for the victim in the feature), her rape, or reports about the rape via email. Jackie’s name only appears when Erdely interacts with another student, Emily Renda, an active campus voice for domestic violence and sexual assault issues. (Renda is mentioned in the story.) Even then, Renda CC’d a UVA spokesperson when replying to Erdely—adding credo to how deeply UVA was vetting its replies.

Again, as a reporter, Erdely appears to have failed to diligently grill the institution via email about the allegations she most honed in on. It’s entirely possible these questions were saved for in-person reporting and phone calls. Yet as a publication, Rolling Stone did not begin its fact-checking until less than two weeks before the issue published. When it did, the fact-checking process did not include email questions about Jackie.

Despite the procedural reporting flubs, Erdely did appear to pull teeth with UVA. From the beginning, it made associate Dean of Students Nicole Eramo (a critical ally of Jackie’s according to the story, to whom she reported the rape) unavailable for comment. Eramo eventually replied to Erdely in brief, but only by copying UVA’s PR team.

When Erdely tried to coordinate an interview with the head of the campus women’s center, Claire Kaplan, assistants offered passive-aggressive emails with responses like, “I am confident we will be able to address your questions,” and sign-offs like, “Thank you so much!” Erdely also had to ask for statistics about sexual assaults at UVA multiple times.

Erdely’s interview with UVA president Teresa Sullivan was permitted via email but only in the presence of PR handlers.

Most damning, as the Washington Post notes, were two unsubstantiated claims by UVA officials that one bit of Erdely’s reporting was “objectively false”—first in emails with Erdely, then in emails with fact-checkers. That information appears to have made it to the story:

Rolling Stone has discovered that this past spring a UVA first-year student, whom we’ll call Stacy, filed a report stating that while vomiting up too much whiskey into a male friend’s toilet one night, he groped her, plunged his hands down her sweatpants and then, after carrying her semi-conscious to his bed, digitally penetrated her. When the Charlottesville DA’s office declined to file charges, she says, Stacy asked for a hearing with the Sexual Misconduct Board, and was surprised when UVA authority figures tried to talk her out of it. “My counselors, members of the Dean of Students office, everyone said the trial process would be way too hard on me,” says Stacy. “They were like, ‘You need to focus on your healing.’ ” Stacy insisted upon moving forward anyway, even when the wealthy family of the accused kicked up a fuss. “They threatened to sue deans individually, they threatened to sue me,” she recalls. But Stacy remained stalwart, because she had additional motivation: She’d been shaken to discover two other women with stories of assault by the same man. “One was days after mine, at a rush function at his frat house,” says Stacy. “So I was like, ‘I have to do something before someone else is hurt.’ ” Her determination redoubled after the Dean of Students office informed her that multiple assaults by a student would be grounds for his expulsion – a mantra that Eramo repeated at a Take Back the Night event in April.