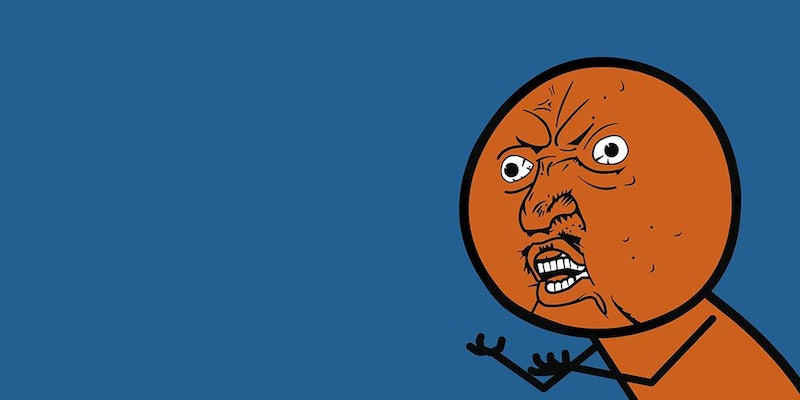 Would you pay $1 million to research memes? Well, you are.

Indiana University is receiving nearly $1 million in federal grant money to investigate the genesis, spread, and demise of Internet memes.

The grant from the National Science Foundation awards four Indiana researchers $919,917 to for a project called Truthy that will, as the grant’s abstract explains, “explore why some ideas cause viral explosions while others are quickly forgotten.” (And yes, in case you’re wondering, the name was inspired by Stephen Colbert’s neologism “truthiness.”

The government-funded research is aimed at identifying which memes are organic and which ones are mere astroturf. “While the vast majority of memes arise in a perfectly organic manner, driven by the complex mechanisms of life on the Web, some are engineered by the shady machinery of high-profile congressional campaigns,” Truthy’s About page explains.

Truthy pulls in tweets using what its website calls a “Gardenhose,” deletes messages that are deemed “unlikely to contain political discussion,” and highlights hashtags, usernames, and Web addresses in the remaining tweets. The project can evaluate “thousands of tweets an hour.”

The Truthy team gives us a glimpse of its analytical process in its description of the #AMPAT hashtag. “What makes this meme suspicious,” Truthy’s researchers write, “is that the bursts of activity are driven by two accounts controlled by the same user, in violation of Twitter TOS, and in an effort to give the impression that more people are tweeting about the same topics.”

Predictably enough, some conservatives on Twitter are not happy that the federal government is sponsoring meme analysis—especially given the fact that #TCOT is at the top of Truthy’s meme gallery.

You kooky conservatives are just being paranoid with #Truthy https://t.co/QVfenpeK5i (Notice their top tracked meme) thanks @lifebythecreek

#Truthy I H8 communism/socialism with every fiber of my being. Pretty cool meme, huh? Let’s investigate.

The researchers say that Truthy “could mitigate the diffusion of false and misleading ideas, detect hate speech and subversive propaganda, and assist in the preservation of open debate,” although the implication of the former two goals seems to undermine the spirit of the latter goal.