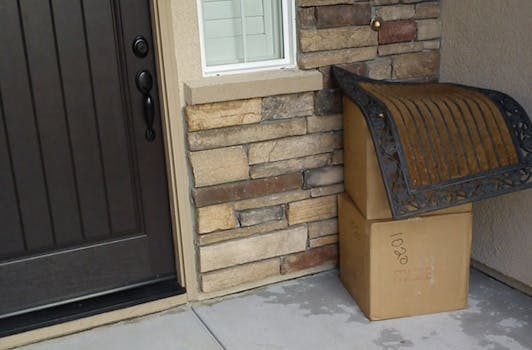 8 of the worst attempts to ever hide a delivery box

Picture this: you purchased a brand new TV, but when UPS delivers it you are not at home so the delivery man hides your package so people passing by don’t see it. The problem is that they place it under a welcome mat where it’s pretty much in plain view or worse, in agarbage can where it could get thrown away.

OK, we get that they mean well, but these are SERIOUSLY the worst attempts at hiding packages.

The delivery man could have turned the mat around:

No one will ever see these boxes:

At least the packages are neatly stacked:

Another @UPS “delivery.” Someone could’ve taken these packages. They didn’t even try to knock on the door. pic.twitter.com/0FObIRRNkv

Way to utilize everything on the front porch!

An excellent use of something other than a doormat:

C’mon bro, you didn’t even try…

Thank you, @UPS, for concealing my delivery in such a way that thieves would not be able to steal it. Thank you. pic.twitter.com/cX2QdfUXV1

What happens when the mat is the same size as the box? THIS: