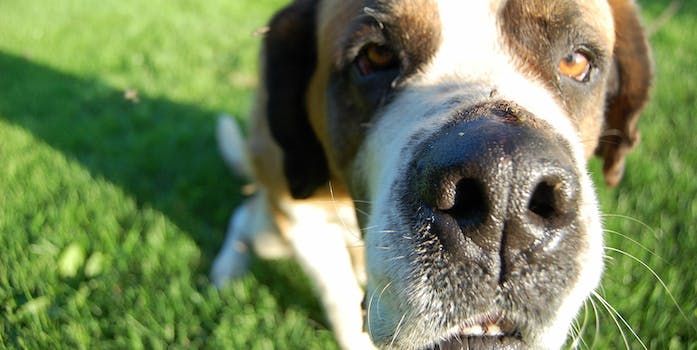 Can FedEx cats be far behind?

There’s a stereotype that dogs and mailmen don’t get along, but the opposite seems to be true for UPS drivers.

Sean McCarren, a UPS driver for seventeen years, has created a Facebook page for the dogs he and other drivers meet along their routes. It’s called UPS DOGS, and it’s basically the cutest thing you’ve ever seen.

Having fun with Bentley. Thanks Lupe

The highlight of Zeus's day is unloading the UPS truck. Thanks Carol Rainwater

“UPS Drivers deliver packages all day long,” reads the page’s description “During that time many dogs are met, good and bad. If there is time during the day snap a shot and send it in. If you have a driver that delivers everyday get a pick and send a short description including name and location.”

Although the page is not officially affiliated with UPS, the company says they are aware of it and approve. “It’s a good example of the relationships our employees build with their customers, two- or four-legged!” a spokesman told BuzzFeed.

“I wish we could just hang out with the families and their dogs all day,” McCarren said, “but it’s just not feasible,”.

Jeff Skender, another driver and frequent contributor said that interacting with dogs along his route is one of the best things about his job. “It is an awesome feeling to be greeted so happily by unconditional love.”

Although that love might not be completely unconditional. He added that many drivers carry treats with them to give out to their canine friends.

He knows if he stands there and looks sweet he'll get a treat. He also knows if he waits patiently for me to get back he's gonna get another.

Recently a dog along Skender’s route gave birth to a litter of puppies and she was super excited to introduce her friend to her new family.

Viewer discretion advised. May cause cuteness overload. Jeff Skender out of the Springfield, Illinois center had the pleasure of a follow up visit with Charlie and her puppies, you may remember from a September 20th post. Jeff is happy to report that Charlie has gained back some of the weight she lost in the three weeks we last saw her and that momma and her puppies are all healthy and doing well.

With all this cuteness, it’s a miracle any packages get delivered.