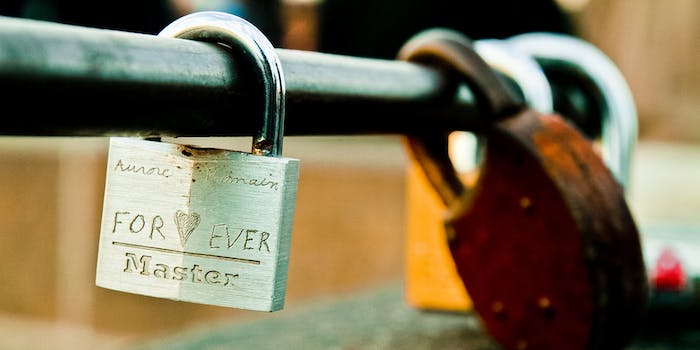 This is why you never market a lock as unpickable

Joining the ranks of supposedly “unbreakable” products is the Forever Lock. The bicycle lock made the news recently and is advertised as one that could never be picked. The ingenious design retails for $140, and while it stands up to your common bicycle thief, it posed no problem at all to the lock-picking hobbyists of the Internet.

The man in this video is Oliver Diederichsen, a “world class key impressioner and lock-sport expert.” What he did was create a universal “bump key,” which works by knocking the pins within the lock into place so that it can be opened.

The video of Diederichsen breaking the “unpickable” lock quickly appeared on Reddit, and an early proponent quickly sprang to the lock’s defense.

“[Diederichsen] is a great guy and told me about his work. He did a great job making his own bump key. I have already noted that switching to a disc detainer cylinder would be a good idea for future versions to prevent any attempts at bumping/impressioning. This is exactly why I gave all locksport organizations priority ordering.”

He went on to say that while the feat was impressive, it was unlikely the common thief would be able to do the same due to the laborious process in creating the bump key, for which blanks are not available to the general public.

If anything, this should simply be a lesson to companies out there: If you describe your product as unbreakable, breaking it is the first thing someone is going to do.