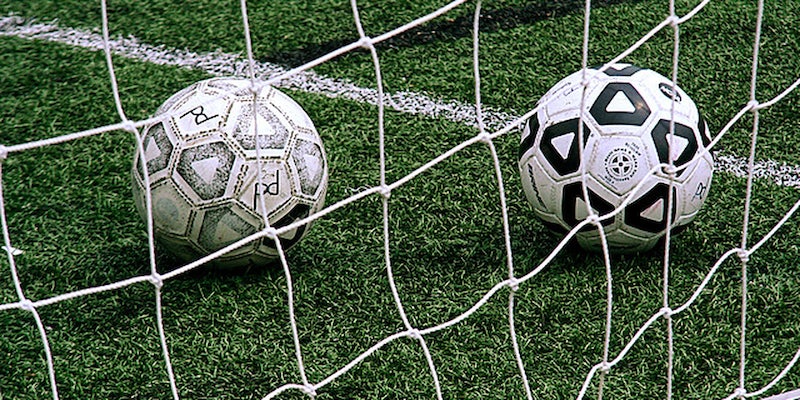 This YouTube video, which has racked up 66,000 clicks in its first day of existence, is entitled “Goal Instant karma.”

The idea for that headline apparently stems from the theory that the goalkeeper in the video below was so upset that he deliberately threw the soccer ball at an opponent’s head, only to be instantly punished by the universe. I’m not sure that’s right, but judge for yourself:

To me, the goalie wasn’t trying to crush his opponent’s head only to get smacked down by whichever soccer gods were presiding over this indoor league. In my eyes, he was simply trying to pass the ball to a teammate, but the opponent didn’t move and completely obstructed the goalkeeper.

Then, the opponent got lucky.

So, this isn’t karma for a goalie with bad intentions. Instead, this is the bad guy getting his unjust rewards for being in the right place at a fortuitous time. The opponent, who refused to move out of the way, was being hard-headed, and in this case, he used that sturdy skull to great advantage.