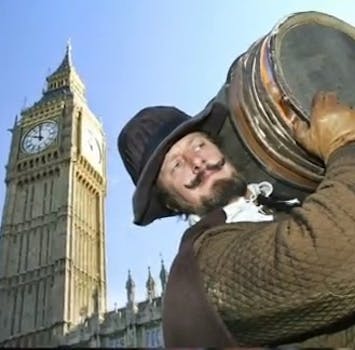 If you’re a member of hacking group Anonymous, it’s now illegal to show your face in the United Arab Emirates (UAE).

Dubai police have declared the Guy Fawkes mask, the disguise most strongly associated with Anonymous, illegal. Police issued a warning was issued to anyone considering wearing the mask ahead of the UAE’s National Day on Dec. 2. They claim it symbolizes resistance to state authority.

“Using any symbol that insults the country or instigates unrest against its system is not allowed,” Gulf News cites an official as saying. “We urge citizens to celebrate using other symbols such as national flags, slogans or photos that are more appropriate to the happy occasion of National Day.”

A large amount of masks decorated with the colors of the UAE flag and the number 41, a reference to this year’s 41st National Day, have cropped up on online stores, where they’re being sold for around $13. Gulf News reports that several Dubai markets and stores are selling them too.

The mask, based on the eponymous man who tried to blow up the U.K.’s House of Lords in 1605 and popularized by the movie V for Vendetta, has become a common sight at many real-world events linked to the Anonymous collective.

The mask was widely worn by protesters during the Arab Spring uprisings in countries throughout the Middle East last year.