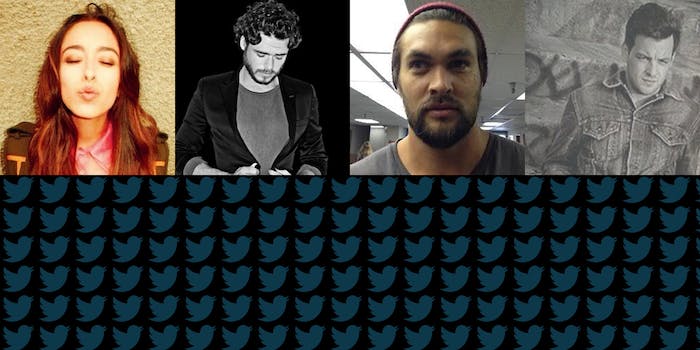 What's the point in following an actor whose character has already died in Game of Thrones?

By now, Games of Thrones has many has-been actors, mainly those whose character died, or even worse, stopped appearing without anyone noticing. Fans followed many of these defunct actors while they were still relevant, and then forgot to unfollow them, as there’s now virtually zero interest in their life and careers.

King Joffrey’s actor, Jack Gleeson, who just passed away in the show, has no Twitter or Instagram presence to unfollow. However, others do, and all they ever tweet about is either memories of the show (lame) or other projects they’re doing, mainly theater stuff—nothing to interest the average Game of Thrones fan. It’s surprising how ALL of the dead characters’ actors happen to be unverified on Twitter. Tough luck.

She was Talisa Stark, and Talisa Stark was the future once. Rob Stark’s lover and wife carried his child when she murdered at the end of season 3. There’s no real reason to keep following Oona, who plays her, as she doesn’t tweet pictures from Game of Thrones cast parties anymore or deliver any gossip. There’s pretty much nothing. It’s like following counselor Deanna Troi from Star Trek eight years after the show has ended. When the person you portrayed dies, after a few months nobody will even believe your spoilers.

Anyone fancy going down to the pub and watching the yoga?

On a side note, Oona Chaplin should’ve called herself Oona O’Neill, just like her grandmother. Eugene O’Neill was just as famous as Charlie Chaplin in some circles.

It’s hard out there for a Stark. The most-loved axed Game of Thrones character is still with us in real life. When he returned to London after the onscreen slaughter, someone took a picture of him being miserable on the Underground (see below). He is not old enough to be off Twitter completely, but also not young enough, like Game of Thrones‘ no. 1 social media star Maisie Williams, to enjoy it. His followers are fleeing. No one wants to keep track of him sadly. A dead noble. Zero tweets. No cover picture.

this is just… @edsheeran and @_richardmadden <3 this is too much for my heart, i feel so complete ♥‿♥ pic.twitter.com/1ncGGf1EEX

Men taking up too much room on the trains. Is this for real?? http://t.co/T7wUwarthA

He was Khal Drogo. And he is still missed. People will watch his sex scenes with the mother of dragons on Dailymotion forever, but no one calls him the father of dragons for some reason. He should’ve turned into a professional wrestler after leaving the show, as there was once a WWF athlete called Giant Gonzalez with a similar physique. His Twitter profile is kind of morbid: the “official” in the username, the lonely bio, the dampness, the empty gratitude to fans. Can’t even deal.

I’m no predator after it. http://t.co/cQlpZAbPnB

As his memory has faded, he has slowly turned away from social media (a.k.a. life), and stopped tweeting entirely after November 2013.

Another gloomy Twitter account. You can tell it’s really him and not a fan page because Maisie Williams (Arya Stark) follows him. His character Renly Baratheon’s death was less of a shock than the Red Wedding massacre or even Ned Stark’s beheading. His death was just a weird shadow, which is kind of a violation of the show’s premise: fantasy but with almost no fantasy elements. It looks more like Braveheart than Lord of the Rings, hence dying by a magical being feels less relevant. 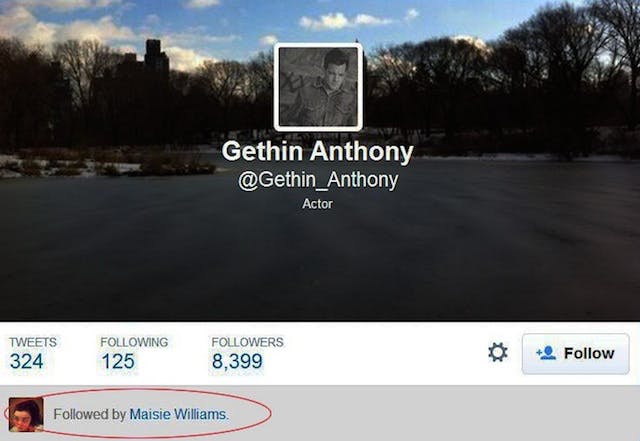 At least Gethin is getting back to the theater, trying to make the most out of his bad luck:

The empty space. Well not quite. That armchair is really comfy though… #japes @Hamps_Theatre pic.twitter.com/LUpysgxIIw